Every day Tennis Majors takes you back in time to celebrate a great moment in tennis history. On this day in 1999, Serena Williams won her first Grand Slam singles title, beating Martina Hingis in the US Open final to mark her arrival on to the world stage 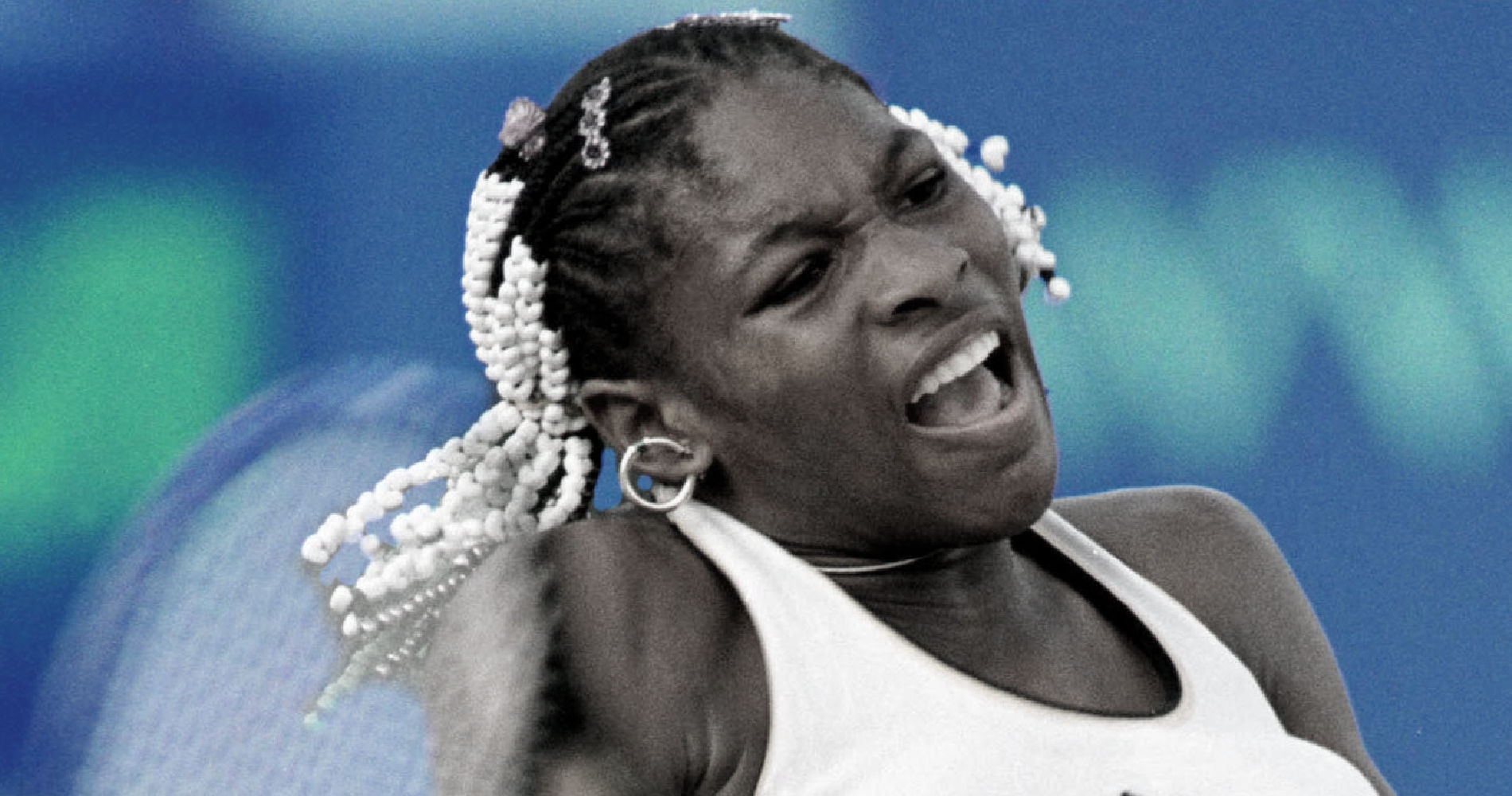 On this day, September 11 in 1999, 17-year-old Serena Williams defeated world No 1 Martina Hingis (6-3, 7-6), to clinch her first Grand Slam title at Flushing Meadows. Two years after Venus Williams had boldly declared that her biggest rival would be her younger sister, Serena became the first of the Williams family to lift a major trophy. The final against Hingis drew a conclusion to the two weeks the pair had spent sniping at each other in press conferences – before facing each other on the final Saturday of the tournament. For the Swiss Miss, this second loss in a major final, after the dramatic final loss to Steffi Graf in Paris, marked the end of her domination on the tour.

Martina Hingis was born in September 1980, and her mother Melanie Molitor named her after tennis legend Martina Navratilova. Taught by her mum, she soon became a real tennis prodigy, winning the junior event at Roland-Garros at the age of 12. She started competing on the tour at 14, but she was allowed to enter only 15 tournaments before the age of 16, a rule she protested against: “How can I enter the top 10 like that?”

Her game relied on an extraordinary hand-eye coordination, great tactics, amazing touch, and great anticipation. Early in her career, she was still said to lack power and a decent second serve.

Hingis’ breakthrough year was 1996. After defeating the undisputed world No 1 Steffi Graf at the Italian Open in May, she reached the semi-final at the US Open, where Graf beat her 7-5, 6-3, and she finished runner-up at the WTA Championships (defeated by Graf, this time in five sets, 6-3, 4-6, 6-0, 4-6, 6-0). Three months after her 16th birthday, she was already the sixth-ranked player in the world, and in January 1997, she became the youngest Grand Slam champion in tennis history, defeating Mary Pierce in the Australian Open final (6-2, 6-2).

In the following months, she claimed no fewer than eight titles, including Wimbledon (beating Jana Novotna in the final, 2-6, 6-3, 6-3) and the US Open (defeating Venus Williams, 6-0, 6-4), and she reached the Roland-Garros final (lost to Iva Majoli, 6-4, 6-2). These outstanding results made her the youngest player to ever become world No 1 in March, aged 16 years and three months. In 1998, in Melbourne, she added a fourth Grand Slam title to her list of achievements. However in the following months, she failed to reach a major final until the US Open, where she finished runner-up to Lindsay Davenport (6-3, 7-5), and she temporarily lost the No 1 spot. In 1999, she won the Australian Open for the third time but suffered a dramatic loss against Graf in the Roland-Garros final (4-6, 7-5, 6-2), which left her so shattered that she lost in the first round at Wimbledon.

Serena Williams, born in 1981, is the youngest of the Williams family. Her older sister Venus, at the start of her career in 1997, had declared that her main rival for the world No 1 ranking would be her younger sister. At the time, tennis experts did not know whether she was joking or just being provocative. They soon discovered how serious Venus was, as Serena put in her first world-class performance that same year in November in Scottsdale. At the age of 16, ranked No 304, she came out of the qualifying event and went on to reach the semi-final, beating Mary Pierce (ranked No 7, 6-3, 7-6) and Monica Seles (ranked No 4, 4-6, 6-1, 6-1).

1999 was already her breakthrough year even before the US Open. In February, she claimed her first title in Paris Coubertin, at the age of 17, defeating local player Amélie Mauresmo (6-2, 3-6, 7-6). Two weeks later, she also triumphed at Indian Wells, beating Graf in the final (6-3, 3-6, 7-5). In Miami, she defeated Hingis in the semi-final (6-4, 7-6),  only to finish runner-up to sister Venus in the first ever all-sister final in tennis history. After a disappointing French Open, an injury forced her to pull out of Wimbledon, but in the summer, she won a third tournament in Los Angeles and seemed to be in good shape before the US Open.

The place: the US Open

The US Open (known as the US Nationals before 1968 and the start of the Open Era), was established in 1881, and, although it is the only Grand Slam to have been played every single year without an interruption since its beginning, it moved locations several times throughout the 20th century. First held in August 1881 on grass courts at the Newport Casino on Rhode Island, the tournament moved to New York in 1915, where it was held at the West Side Tennis Club at Forest Hills until 1977 (with the exception of the years from 1921 to 1923, when the event was held in Philadelphia). At Forest Hills, the Centre Court, built in 1924, could host 14,000 spectators.

In 1978, the US Open left the West Side Tennis Club, which was now too small for such an important event, and moved to the USTA National Tennis Center, located in Flushing Meadows, New York. The National Tennis Center was one of the biggest tennis complexes in the world: its Centre Court was the Louis Armstrong Stadium, which had a capacity of 14,000 spectators.

The 1999 US Open final between world No 1 Martina Hingis and rising American star Serena Williams had started way before the final Saturday of the tournament. It all began when Richard Williams, father of Venus and Serena, saw that his daughters were in opposite sides of the draw and predicted that they would face each other in the tournament’s final. Irritated by what she took for arrogance, the Swiss harshly said in a press conference: “They (the Williams family) have a big mouth. They always talk a lot. It’s more pressure on them. Whether they can handle it or not, now that’s the question.”

It wasn’t long before the Williams family replied. The first to respond in his own fashion was father Richard, quoted by The New York Times.

”I don’t think there’s more pressure on them. I think pressure is doing what I did, working 9 to 5. I still believe there will be two Williamses in the finals. What Martina said is not a shock. I think she has the right to say what she wants to say. I’m going to ask her for her autograph. I love her. If you see her, tell her I love her.”

His daughter Serena didn’t seem to share her father’s love for Hingis, though.

“She’s always been the type of person that…says things, just speaks her mind,” she said. “I guess it has a little bit to do with not having a formal education. But you just have to somehow think more; you have to use your brain a little more in the tennis world.'”

As the days went by, and the Williams sisters both advanced to the semi-finals, Hingis faced Venus, whom she had beaten in the 1997 US Open final. When Serena defeated Lindsay Davenport and qualified for the final, pressure increased on Hingis’ shoulders, but although she was down 3-2 in the final set, she eventually prevailed (6-1, 4-6, 6-3) and commented: “They’re three against me. With talking, I can’t beat them. I know that. So I have to try to beat them on the court. That’s all I can do. I don’t want to fight with words. As I said before, I can’t beat them with words. Because the results and the rankings show it all.”

In the early games of her first Grand Slam final, Williams did not show any signs of nervousness. Helped by her big serve, she kept Hingis on the defensive and hit 19 winners to take the first set, 6-3.

The Swiss got better at handling Serena’s power in the second set. Hitting more balls on the rise, she started moving Williams around the court and prevented her from dictating the game as she had in the first set. Serena kept attacking as much as possible, and it resulted in very high-level tennis. The American still proved herself stronger until she led 5-3 and obtained two match points on her serve. At this moment, she was suddenly struck by pressure and couldn’t seal her victory, engaging in longer rallies and losing control of the match. Soon, Hingis was back and Williams was pushed into a tie-break. In front of an overexcited crowd, the two young women played an outstanding tie-break, which Serena won 7-4, converting her third match point. The youngest of the Williams sisters was the first to claim a Grand Slam title.

In the end, despite the war of words that had been raging all week, Williams and Hingis shook hands and hugged. During the trophy ceremony, Serena felt very emotional.  “I didn’t know what to do – laugh or cry or just scream – so I think I did it all,” she said.

It would take almost three years before Serena won another Grand Slam crown, but when she did, it was to achieve a feat known as the Serena Slam:  she would win four consecutive titles in 2002 and 2003, each time defeating her sister Venus in the final, proving their father right. Serena would go on to claim a total of 23 Grand Slam titles and continues to chase the all-time record of 24 Grand Slam singles titles, currently held by Margaret Court. 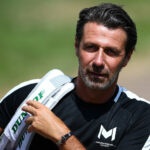 Hingis would finish runner-up three more times at the Australian Open, but, struggling to absorb the power of players like the Williams sisters, Lindsay Davenport or Jennifer Capriati, she wouldn’t be able to triumph in a Grand Slam tournament again.

Hingis and Serena would face each other seven more times before the Swiss’s first retirement in 2003, with a total record of 7-6 in favour of the American.