On this day in 1997 Martina Hingis beat Venus Williams in the final of the US Open – the youngest-ever Slam final in Open Era history. 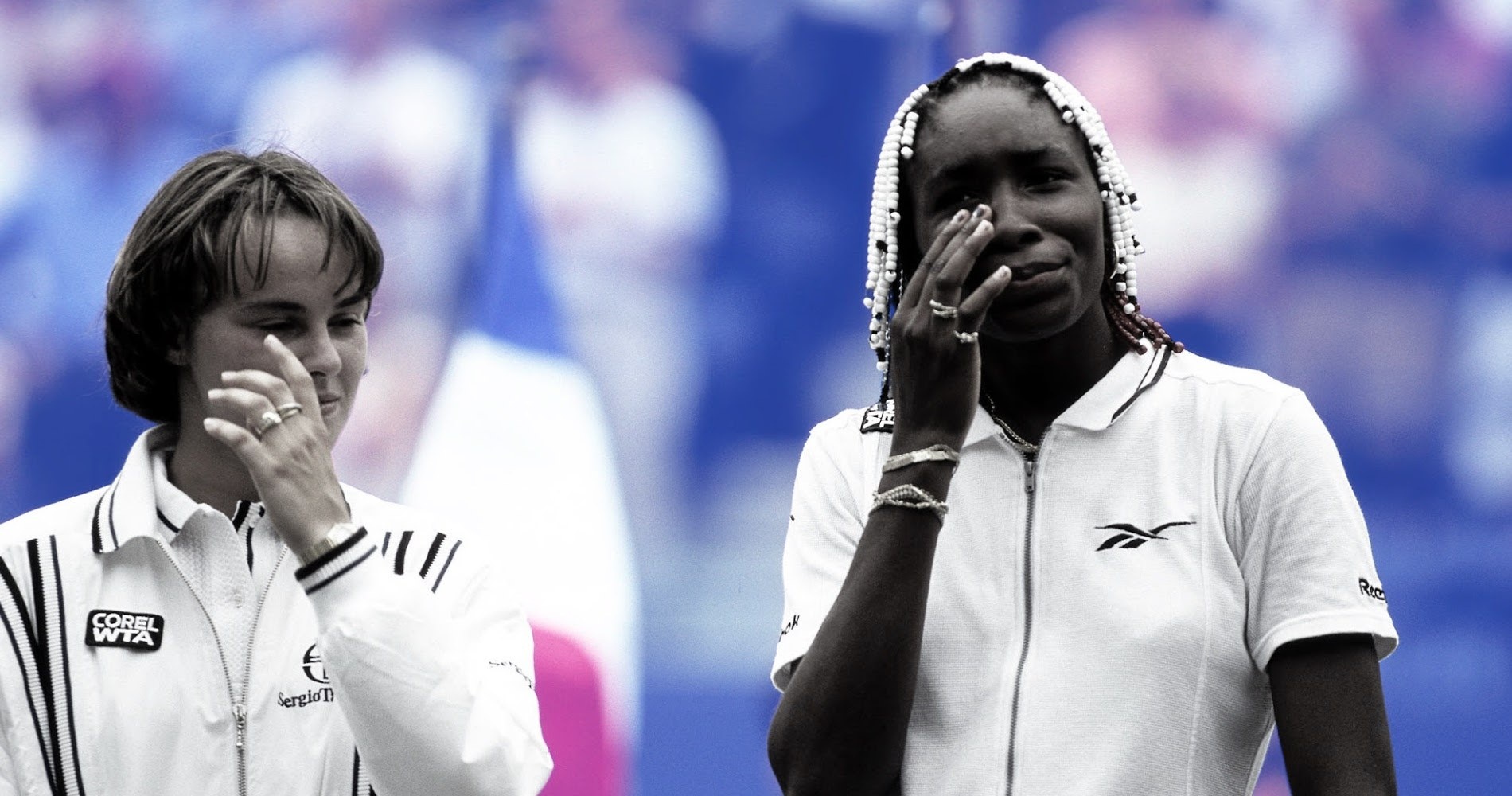 On this day, September 7, 1997, Martina Hingis, who was about to celebrate her 17th birthday, and Venus Williams, who had turned 17 in June, played the youngest Grand Slam final in Open Era history. The “Swiss Miss”, who was already world No 1 after she had triumphed at the Australian Open and at Wimbledon, prevailed easily against her rising rival, 6-0, 6-4. It was the peak of Hingis’ domination on the tour, and the beginning of a long-term rivalry between her and the Williams family.

Martina Hingis was born in September 1980, and her mother Melanie Molitor named her after tennis champion Martina Navratilova. Taught by her mum, she soon became a real prodigy, winning the junior event at Roland-Garros at the age of 12. She started competing on the tour at 14, but she was allowed to attend only 15 tournaments before the age of 16, a rule she protested against: “How can I enter the top 10 like that?” Her game relied on an extraordinary hand-eye coordination, great tactics, amazing touch, and great anticipation. In her early career, she was still said to lack power and a decent second serve.

In 1995, she became the youngest player to ever win a match at the Australian Open in 1995, but her breakthrough year was 1996. After defeating the undisputed world No 1, Steffi Graf, at the Italian Open in May, she reached the semi-final at the US Open, where Graf beat her 7-5, 6-3, and she finished runner-up at the US Open (defeated by Graf, this time in five sets, 6-3, 4-6, 6-0, 4-6, 6-0). Three months after her 16th birthday, she was already the sixth-ranked player in the world, and in January 1997, she became the youngest Grand Slam champion in tennis history, defeating Mary Pierce in the Australian Open final (6-2, 6-2).

In the following months, she claimed no less than eight titles, including Wimbledon (beating Jana Novotna in the final, 2-6, 6-3, 6-3), and she reached the Roland-Garros final (lost to Iva Majoli, 6-4, 6-2). These outstanding results made her the youngest player to have ever reached world No 1, in March, aged 16 years and three months.

Venus Williams was born in 1980. Coached by her father Richard, she was heralded as a tennis prodigy since her first steps on the tour, in 1994. However, it was not until 1997 that she broke into the top 100, obtaining her first significant result in Palm Springs, reaching the quarterfinals after defeating world No 9 Iva Majoli (7-5, 3-6, 7-5). Although she was ranked only 66th at the start of the US Open, she drew a lot of attention to herself thanks to her powerful groundstrokes, mixed with her charisma and the heavy promotion from her father. Her younger sister, Serena, was also beginning a career in professional tennis, and their father had boldly predicted that one day, they would face each other in a Grand Slam final.

The US Open (known as the US Nationals before 1968 and the start of the Open Era), was established in 1881, and, although it is the only Grand Slam to have been played every single year without an interruption since its beginning, it moved several times throughout the 20th century. First held in August 1881 on grass courts at the Newport Casino, on Rhode Island, the tournament moved to New York in 1915, where it was held at the West Side Tennis Club, at Forest Hills until 1977 (with the exception of the years from 1921 to 1923, when the event was moved to Philadelphia). At Forest Hills, the Center Court built in 1924 could host 14,000 spectators.

In 1978, the US Open left the West Side Tennis Club, who was now too small for such an important event, for the USTA National Tennis Center, located in Flushing Meadows, New York. The Tennis Center was one of the biggest tennis complexes in the world:  its centre court was the Louis Armstrong Stadium, which had a capacity of 14,000 spectators.

Although she had not turned 17 yet, Martina Hingis was the heavy favourite for the 1997 US Open. That year, she had become world No 1, claimed nine titles, triumphed at both the Australian Open and Wimbledon, and reached the final at Roland-Garros. Prior to the US Open, she had lost only two matches since the start of the year. At Flushing Meadows, she confirmed her domination on the tour, dropping an average of four games per match on her way to the final, where she was to face Venus Williams. 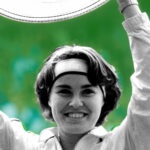 Venus, who had turned 17 in June, was ranked No 66, and she was only attending the main draw of a major event for the third time in her life. With her revolutionary powerful groundstrokes and her tremendous serve, she upset world No 8 Amanda Coetzer in the third round (6-3, 6-4). In the semi-final, she saved two match points to defeat Irina Spirlea (7-6, 4-6, 7-6), in a match that created controversy as Spirlea purposely bumped into Williams at a changeover. Although the Romanian player blamed her opponent’s arrogance, Richard Williams accused her of racism, while Venus remained focused, not giving too much importance to this incident.

In the past months, the Swiss Miss had defeated the American twice, each time in straight sets. Williams believed in her chances anyway: ”I’ve learned a lot of things in this Open,” she said, according to The New York Times . ”I’ve learned to put more balls in play, not to go for winners so prematurely, not to rush. Things are different.”

In the first game, the first African-American woman to reach the US Open final since Althea Gibson in 1958 started strong, with two big serves, to lead 40-15. This would be her best attempt to win a game in the first set. In control, Hingis came back to break her serve and blank Williams, 6-0. Although the second set was far more disputed, there was little doubt all along about the eventual outcome. Venus’ main asset, her serve, proved itself too predictable and caused little damage to the Swiss, who returned the first serves from the baseline. Of the 58 serves Williams put in play, Hingis missed just eight returns, and, preventing Williams from dictating the game, she obliterating her power.

“You can’t allow her to make her game,” said the youngest No 1 in tennis history. “She has very powerful groundstrokes. If she’s going to let you run left-right all the time, especially her backhand is very dangerous.”

In the following press conference, Williams stunned the tennis world by claiming that her main rival for the world No 1 spot was going to be her sister, Serena, who was making her first steps on the tour.

Read also
March 28, 1999: The day Serena and Venus squared off in a final for the first time
Tennis Majors

This would remain the only title claimed by Hingis at Flushing Meadows, although she would reach the final twice more, in 1998 (defeated by Lindsay Davenport, 6-3, 7-5) and 1999 (defeated by Serena Williams, 6-3, 7-6). Struggling to contain the power of the rising generation of players, she would only claim two more major crowns, at the Australian Open, in 1998 and 1999, but she would finish runner-up in no less than six other Grand Slam tournaments.