Home > WTA > Jorge Fernandez: “My pride is not in Leylah’s success but in the fact that she never gave up”

A week after his daughter’s fantastic run to the US Open final, her father, Jorge, reflects on Leylah’s journey. In an interview with Tennis Majors, he talks pride, perseverance, goals and expectations 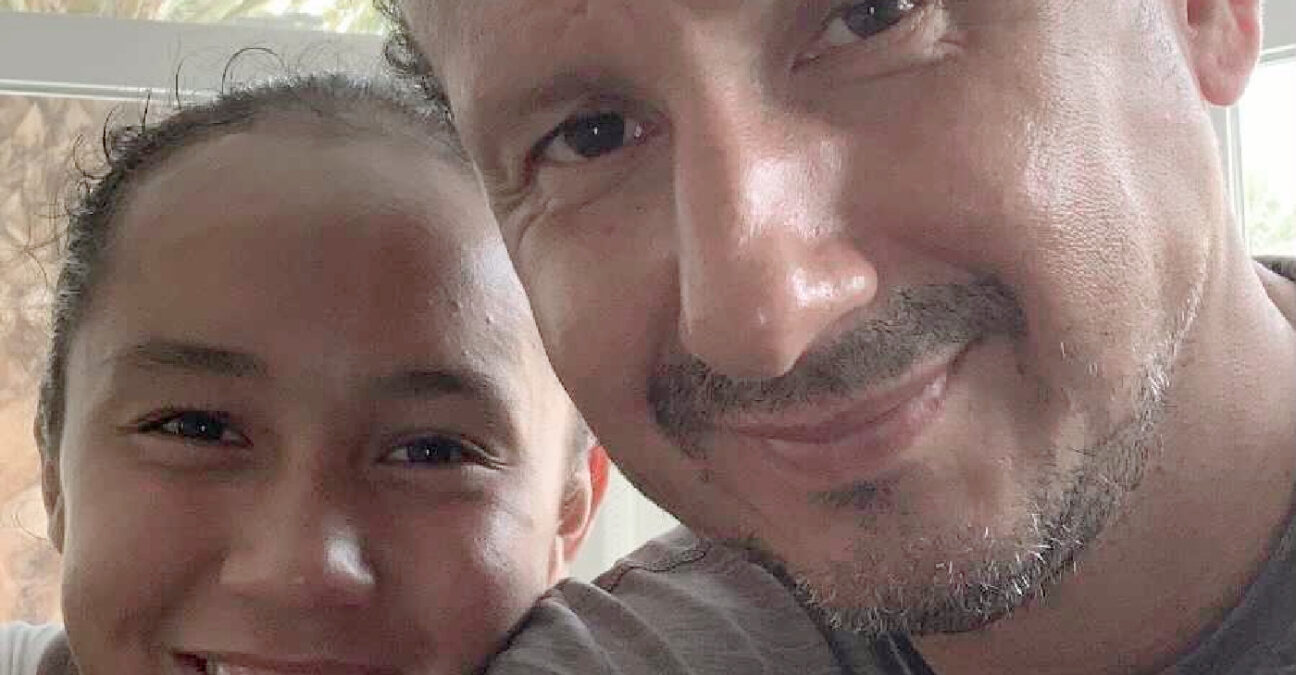 In an interview with Canadian sports television TSN the day after the final, you had said that it was a very tough wake-up call. Does the satisfaction of a Grand Slam final now outweigh the disappointment?

Jorge Fernandez: Yes, it always gets better with time. It’s the same for everything, the negative feeling fades with time. Leylah’s performance? Yes, it’s really incredible. I’ve been waiting for her for a while because she’s been training very well for some time, with a lot of intensity. And in her training matches with other professional players she played very well. I’m happy that she finally made it to a Grand Slam final. She had a great run in Mexico (Fernandez won her first WTA title in Monterrey, Mexico, in March 2021). Of course the year was not spectacular, but we tried different work options. And finally, I can see that her game has set up well against the best players. So we are very happy from that point of view.

After her title in Monterrey, the year was complicated despite good training. Is it satisfying to see that the work has paid off in matches, especially in Grand Slams?

Jorge Fernandez : Yes, it’s satisfying because now she’s starting to understand what the top level means. At the junior level, in Challenger or ITF tournaments, you don’t have to play your best tennis to win. You can still get through the rounds by staying solid to continue in the tournament. But when you play the best players in the world, you have to have something extra to get through the rounds. For her, who has had some difficult moments this year against the best, and sometimes even against lesser players, to see that her game can now allow her to upset the best, it gives her a lot of confidence, she is happy and satisfied because she realises that she can play at the highest level. And the first thing she said to me after the final was that she can’t wait to get back to work, so it’s positive and it’s good because we have a lot of work to do.

At what point in the US Open did something click for Leylah that made her realise she could go all the way?

Jorge Fernandez: I think the breakthrough came in her match against Angelique Kerber. Against Osaka, it was a few points and the Japanese wasn’t at the top of her game. (Naomi) Osaka didn’t expect Leylah and my daughter played a good, solid match, so it didn’t really click at that point. But against Kerber, it was a much more balanced match. The fact that Kerber is also left-handed, it brought another complexity. Leylah had to start making changes in her game, on the court, in order to get through. For me, that’s the trigger because she found solutions. She started with a game plan and then she adapted and found some correctness in some decisions. And by doing that, she proved to herself her ability to fight against the best in the world, but also the fact that she could find solutions against these players.

I put Leylah’s development before the results

Wasn’t it too difficult to be at home in Florida, far from Leylah as she advanced in New York?

Jorge Fernandez: I wanted to be in New York, I don’t deny that. But the fact is that tennis is a sport where you are completely alone on the court. You have to make decisions for yourself. If I could sit next to her during the match, you can be 95 percent sure I wouldn’t miss anything. But I always found that I had to push her towards independence, so that she could make her own decisions. So I saw it as another possibility that she could make her own decisions. Like Roger Federer who travelled alone after his first coach Peter Carter died. Again, I put the lesson and the development before the win. And so I said to her, “You’re in New York, have fun with your mum, this is an opportunity to go out and get to know the world.” So I put it all out there for her benefit and I never really thought about myself as a father. As I know it’s really for her development, as a coach I was happy with the things she achieved. I was really in line with my decision not to go. And of course superstition. In her first final in Acapulco I was there and she lost. So this time I stayed home. I’m even hesitating to go to Indian Wells.

Wouldn’t it have been better if she had faced a more experienced player than Raducanu in the final?

Jorge Fernandez : From my point of view, no. I think she just made a mistake, she changed her way of presenting herself in the match. And when she changed, she couldn’t go back to her gameplan and routines because of her lack of experience. She didn’t play her best tennis. As I said, Emma Raducanu has talent. Sometimes the ranking is misleading. I said to her, “You know, you too were 150th in the world and now you are only in the top 70 and you are also in the final.” That doesn’t mean anything. I sent the message that Raducanu deserved to be in the final because she was playing top-level tennis. Leylah was not mentally prepared to continue doing what she was doing, no matter who was in front of her. 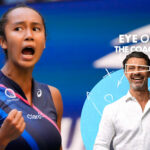 When she was little, I used to say to her: “Imagine you are playing against Sharapova or Serena”.

In a press conference, Leylah explained that she had visualised these moments when she was younger. Do you have any memories of what she was telling you?

Jorge Fernandez : When I was spending time with her, I used to tell her that when I played football as a child, I used to imagine myself playing in the World Cup. Having that imagination is so important when you’re young. And so when we were on the court, I would tell her, “Imagine you’re playing (Maria) Sharapova, imagine you’re playing Serena Williams.” I even told her to imagine playing against Roger Federer. And it was just a game, I didn’t want to push her at all to become a professional tennis player. And when we started to watch tennis on TV or YouTube, to take tennis seriously, she started to dream of playing against the best in the world. And I would say to her: “Yes, yes, of course, you’re going to make it”, as any other father would have said. But she took it seriously. I loved it, I loved that she imagined it, it was so beautiful and innocent. That’s how it happened. Because you have to know that we are not a tennis family. We didn’t watch tennis on TV. It all came from her.

With all the difficulties you’ve been through, the fact that you’ve always believed in her and seen what she’s achieved, it must make you proud as a father?

Jorge Fernandez : I am really happy for her and the achievements she has made. But the pride doesn’t come from the success she has had, the pride comes from the fact that she never gave up. And that is something that makes me very proud. To see her strength of character, her perseverance in difficult times. I always asked my two daughters every week if they wanted to continue on this path, to become professional players. Because of those difficult moments, I am very proud to see the person Leylah is now. She never gave up. The problem is that you are always proud when you have good results. But I am not like that because I am proud of my daughter no matter if she wins or loses. And I could be just as proud of her if she had decided to become a teacher or something. I’m proud because she overcame the hard times. And she did it with an elegance that should serve as an example to all young people who have hopes of becoming professionals.

Leylah is now ranked No 28 and a Grand Slam finalist. Does this change anything in terms of the goals and approach to tournaments?

Jorge Fernandez : No. No, not at all, we don’t change the objectives. The objective for 2021 was to finish in the top 10. We’re still quite far away because we’ve had a difficult year. But I know, I have a lot of friends in tennis who tell me they wish they had the bad year I had. If you look at the statistics, she still has more wins than losses. She won a WTA 250, and I had a performance goal of winning a 500 and a 250. So we’re not too far from our goals. But a Grand Slam final doesn’t change anything. I made it clear to Leylah that time is not our ally. If she only plays for 10 years, she’ll only have 10 chances to win the US Open, 10 times the French Open, the same for Wimbledon and the Australian Open. It’s not much! But what is with us is the work. If we work hard, then we can have the chance to win a Grand Slam. Nothing can change because she didn’t win. She was a finalist, yes, but she didn’t win. Are we satisfied with a runner-up spot or are we saying that we had opportunities but we didn’t do the work necessary to get through the last round? For us, it doesn’t change anything. We’re going back to work, nothing can be taken for granted. 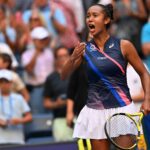