GOATS on GOATS: How Federer, Nadal and Djokovic view the race to tennis history

Ambitious or otherwise, the tennis GOAT race is heating up – and nearing the finish line. Here’s how Roger Federer, Rafael Nadal and Novak Djokovic see the race shaping up. 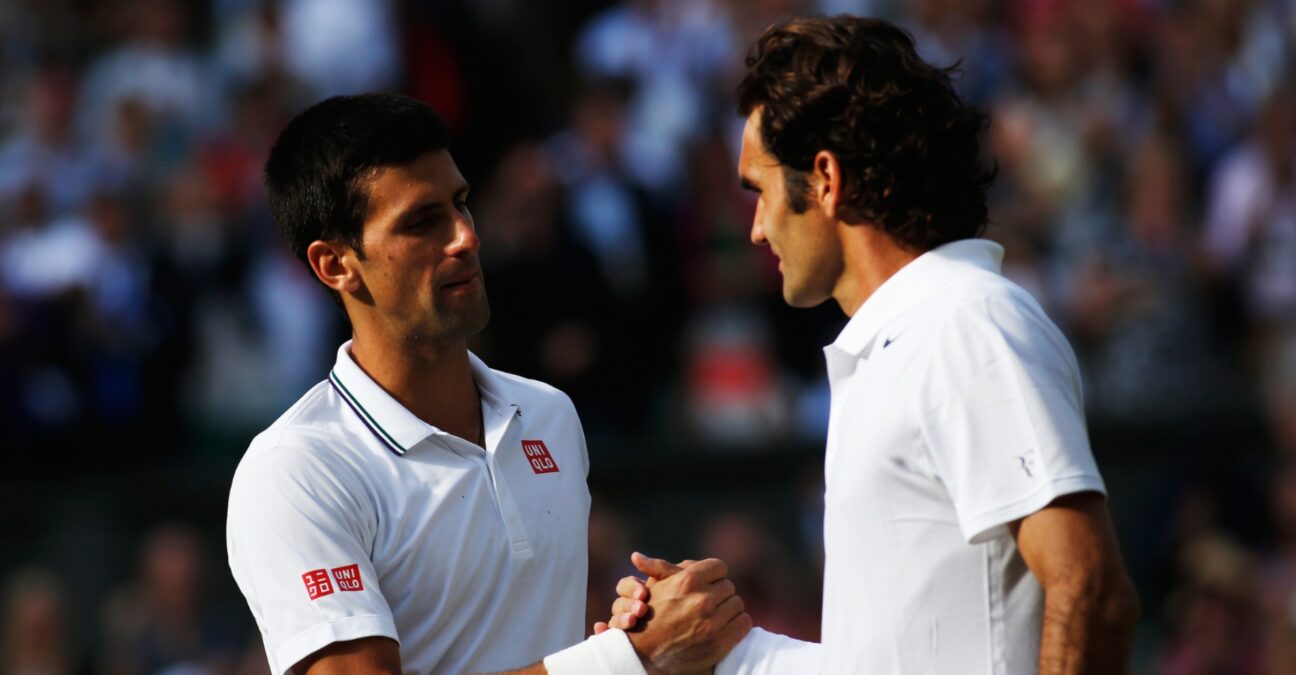 The sand is escaping the hourglass of the Big 3, and as it does we learn more about the collective mindset of this iconic group of tennis demigods. Roger Federer, thought to be in his final or penultimate season, is nearing the end of the line, and Rafael Nadal, who will turn 35 during Roland-Garros and Novak Djokovic, who will be 34 in May, are not that far behind him.

Still capable of great tennis, we have learned lately that the card-carrying members of the Big 3 are also quite good at philosophising. When they look forward to their future in the sport, or are asked to contemplate what legacy they might leave behind, we learn that each of the three view life from a unique vantage point.

Roger Federer, pushing 40 yet still harbouring hopes of a grand renaissance at Wimbledon this summer, is resigned to live a fate similar to that of the legendary Pete Sampras. Just two decades ago, the stoic American had leapfrogged Laver and Emerson and stood alone at the top of the Grand Slam mountain. His 14 major titles seemed unfathomable – certainly he had done enough to remain the Grand Slam king for all eternity?

Those of us who believed it know now how foolish we were. Federer himself is a wiser chap. He knows that both Nadal and Djokovic are going to pass him and leave him stranded at third on the men’s singles Grand Slam titles list with 20 – or perhaps 21 if you believe that the Swiss has a Wimbledon miracle in him.

“I think the way it’s going, obviously, Rafa and Novak will win more,” Federer said during an interview at the beginning of 2020, with The Associated Press, “because they’re that good. And the season they had (in 2019), again, shows that there is more to come for them.”

He was right about that. Even with the pandemic grinding the tennis tours to a halt, Nadal managed to tie Federer by earning his 20th major title at Roland-Garros in October last year, while Djokovic has captured his eighth and ninth Australian Open titles to reach 18 majors.

This year, in Doha, on the eve of his comeback to tennis after more than a year off the tour Federer spoke again about his two main rivals.

All of it is “great for tennis”

“I think what Novak and Rafa have done as of late again is extraordinary,” he said. “They are not 25 either, you know, themselves. They are able to back it up. Novak again did it in Australia. Rafa again did it at the French and they being, they seem, at their peak, which is great for tennis, you know, and it’s great for the debate.”

Federer says his concern is not about the race to 21 Slam titles or the all-time count, or any records for that matter. Now, with most of his illustrious career in the rearview mirror, he just wants to be healthy and enjoy his final years on tour.

“My concern is more, you know, my own game, my own health over the record, to be honest,” he said. “I think for them maybe this is bigger than for me at this very moment, because for me it was very important late, the closer I was getting to Pete’s record, you know, is to equal Pete’s record and to potentially break it. But then once you have it, you try to do your best and that’s what I tried to do. But for them, I’m maybe the measuring stick like Pete was for me. So I’m in a different situation.”

Federer understands now that the writing is on the wall. There’s not much he can do to stop the wave of Djokovic and Nadal. He’s okay with that, and he’ll sleep well at night no matter what happens.

Rafa’s take: Ambition is great, but why get obsessed about it?

Rafael Nadal has always been one of the best at taking one day and a time and living each competitive moment as a unique and equally important moment. Whether it’s the first round of the Argentina Open or the final at Roland-Garros, Nadal is a beast of the competition who lives to test himself and to dig within to find everything that he can offer up to the sport. He’s done that time and time again over the course of his brilliant career and he plans to continue on that path, not letting records, milestones or expectations derail him.

“Of course, I want to win more Slams, yes,” he said in an interview with UK newspaper Metro this spring. “No doubt about that. But I never get – I mean, Novak is more obsessed about this, more focused.”

Whether he meant to or not, Nadal, in that statement, revealed that he sees his quest differently than Djokovic. But he continued to say that there is no correct way – to each their own. Nadal says that while Djokovic is fixated on records and milestones, that isn’t what motivates Nadal.

“No, he’s more focused on just these things and it means a lot to him all of this stuff,” Nadal said. “Like he’s always saying and talking about these records and well done for him. But it’s not my approach to my tennis career.”

Nadal stresses that he is ambitious, just not fixated.

“Of course, I am ambitious, if not I would never be in the position I am today but I have probably a different kind of ambition than him, for example,” he said. “I just keep going, keep doing what I’m doing and just try to put myself in a position to keep enjoying the tour and, of course, try to achieve as much as possible.”

Given that he is a year younger than Nadal, and more accomplished on grass and hard courts, it does appear that Novak Djokovic may be the one who ends up passing everybody on the Grand Slam singles titles list. Heck, he may even catch Margaret Court’s record of 24 majors. The world No 1 says that for him, ambition and setting his sights on certain records are a helpful guide as he trains for the biggest events.

“I believe every athlete needs to have goals in front of him; that allows him to know where point A and point B are, and then how to get from one to another,” he said. “By setting goals, you accomplish mental clarity needed to stay disciplined, responsible and organised. In a word, a measuring stick is needed. I have had periods in my life during which I did not have a clear vision. During those times I did not know what I wanted or in which direction I was headed, and it did not end well for me. My parents and my tennis parents as well have taught me to always have a clear concept in front of me – what I want to accomplish, how do I want to accomplish it, and with whom.”

That does a lot to explain the level of professionalism that Djokovic operates with. It must be an incredible treat to be able to set your sights on something like, say, becoming the player with the most weeks as the ATP’s top-ranked player, and to actually achieve it.

As Djokovic navigates the latter phase of his career, he is aware of what is at stake. For himself, for his family, for Serbia, he has staked out certain goals that he wishes to achieve. And now that he’s passed Federer for most weeks at No 1 there is only one thing he’s striving for.

“I have to be smarter with my schedule and peak at the right time,” he said after winning the Australian Open this year. “So the slams are the tournaments where I want to be able to perform my best. Now, after achieving the historic No 1 for the longest weeks at No 1, it’s going to be a relief for me because I’m going to focus all my attention on slams mostly. When you are going for No 1 rankings, you kind of have to be playing the entire season and you have to be playing well, you have to play all the tournaments.“

And just for the record, Djokovic feels that his ambition is not an obsession.

“Personally, I do not feel that I am obsessed with anything in life; what I feel is passion and huge desire. I am going towards achieving my goals and I have never had a problem verbalising it. Maybe someone cannot say something and then stick to it, but I never found it hard to say: ‘I want to break that record or reach a certain goal’. I do not know why would that be a bad thing, not just in terms of records, but anything, politics in tennis for instance.”