Home » News » Djokovic in half with Zverev, Tsitsipas and Murray to face off: All you need to know about the US Open men’s draw

Djokovic in half with Zverev, Tsitsipas and Murray to face off: All you need to know about the US Open men’s draw

Novak Djokovic’s path to the US Open title and the calendar-year Grand Slam could include Alexander Zverev in the quarter-finals. There are plenty of intriguing first-round matches, as well. 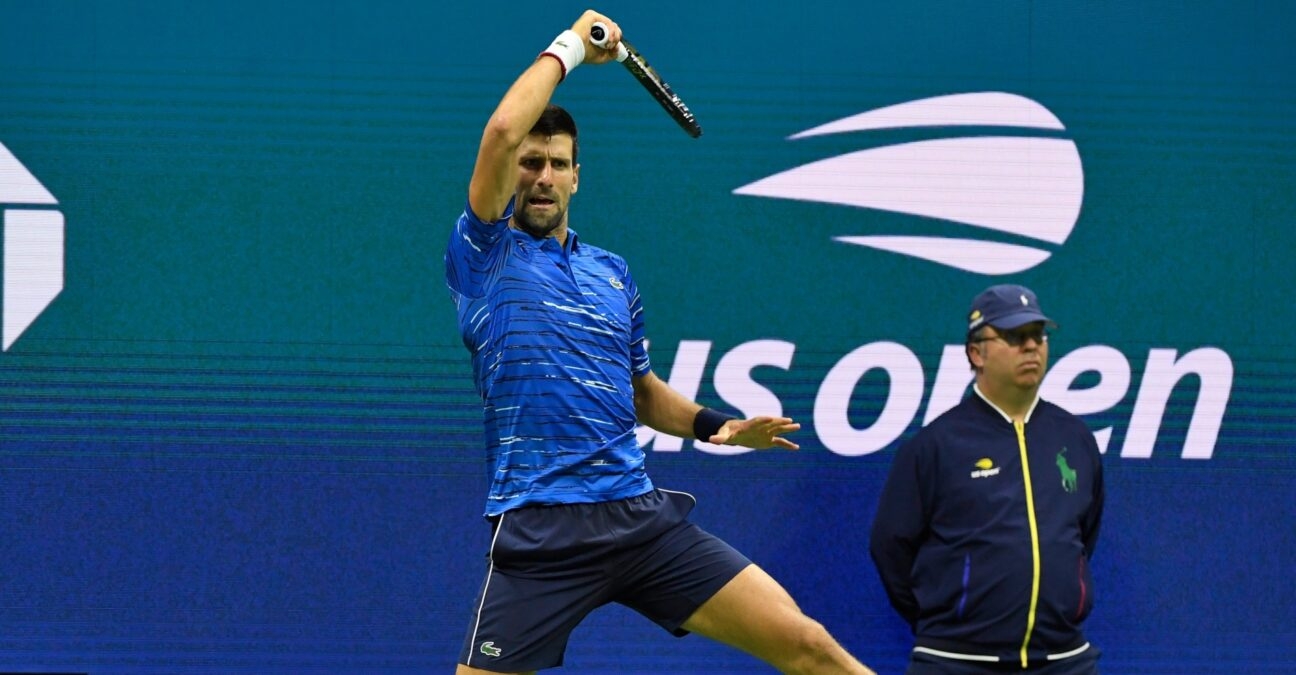 Novak Djokovic at the US Open (Chryslene Caillaud / Panoramic)

After last year’s drama, Novak Djokovic returns to the US Open looking to complete the calendar Grand Slam. The Golden Slam might have eluded him, but with no Roger Federer or Rafael Nadal in New York, he is the only one of the Big 3 standing.

But there are other contenders looking to topple the world No 1, including Next-Gen — or former Next-Gen — players seeking their first slam title.

Here is what you need to know about the 2021 US Open draw. 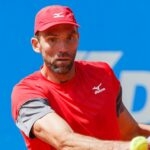 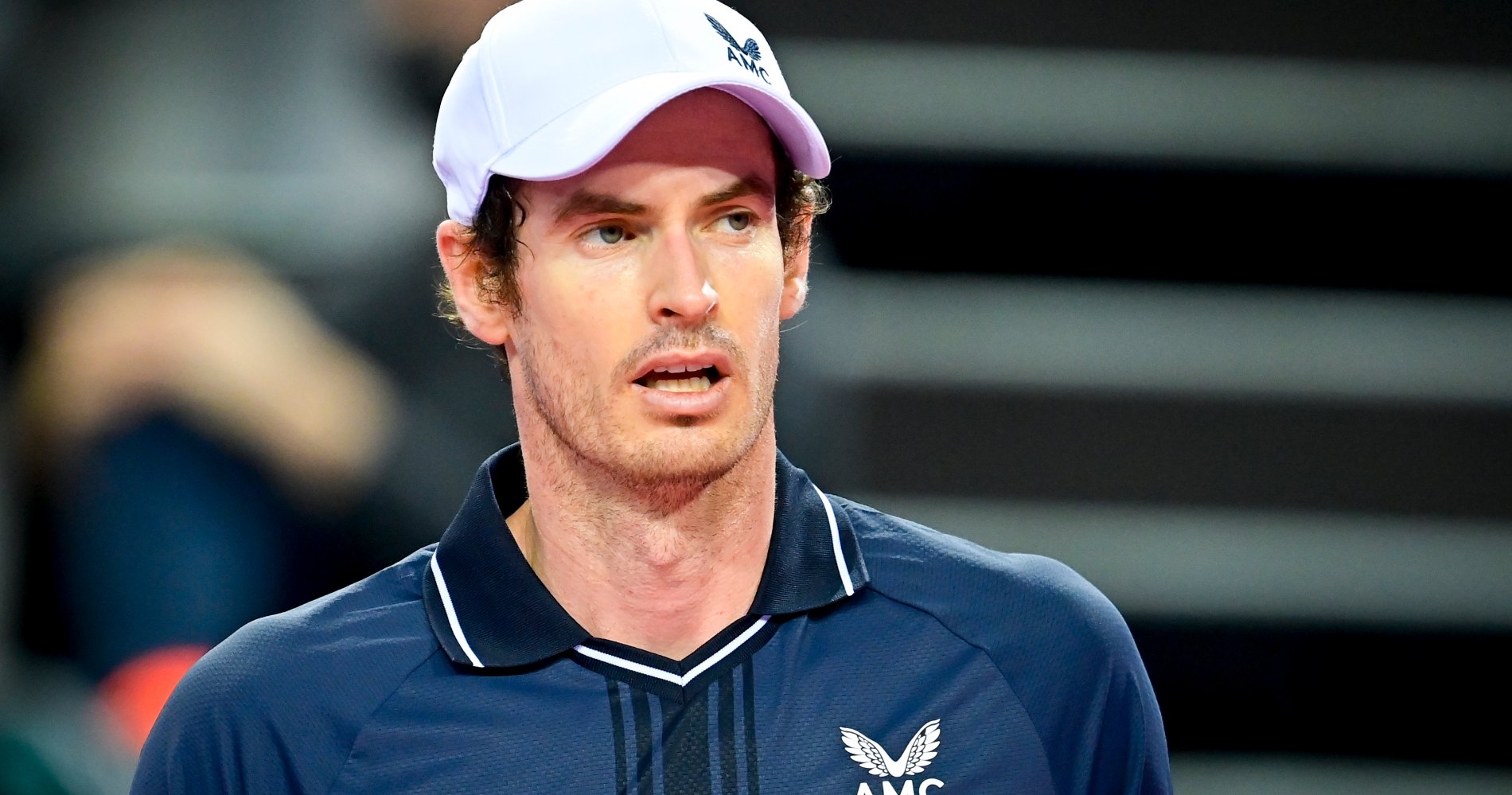 It wasn’t the draw either of them would have wanted — Tsitsipas, who so often has looked shaky on the biggest of stages, will take on Murray, a former champion in New York but one whose body has started to fail him in recent years. The pair have never met before, and now they will have their first ever match in the first round of a major.

Kyrgios is once again dealing with all kinds of injury problems heading into a Grand Slam. The latest issue for the Australian — who retired from a Wimbledon third-round match against Felix Auger-Aliassime earlier this summer — involves his knee. It just forced him out of the Winston-Salem event. If Kyrgios is somehow healthy, though, his showdown against Bautista Agut is one of the best on the first-round schedule.

This is a blockbuster battle between two in-form players. Norrie has won 37 matches this season; Alcaraz recently captured the Umag title and he currently finds himself in the Winston-Salem quarter-finals. It’s a shame that one these guys will be out in the first round, but it will be a treat to watch for tennis fans.

It will be a tale of two players on different ends of the career spectrum when Ruud goes up against Tsonga. Ruud has been absolutely on fire, with three clay-court titles this summer followed by quarter-final performances in both Toronto and Cincinnati. At 22 years old, the Norwegian is up to No 11 in the world. Tsonga, 36, plays sparingly on tour these days and comes in at 98th in the rankings.

The US Open first round is a rematch of the Atlanta final. In fact, it’s also a rematch of the Los Cabos semis. That’s right; Isner and Nakashima have already gone head-to-head twice this summer. Nakashima prevailed 7-5, 6-4 in Los Cabos before Isner triumphed for a sixth time in Atlanta by beating his 20-year-old countryman 7-6(8), 7-5. Who will win the proverbial rubber match? Isner’s experience at the Grand Slam level could be a factor.

Gasquet is playing well; he finished runner-up to Alcaraz in Umag and he made a run to the Winston-Salem quarters. However, the 35-year-old Frenchman struggled physically throughout this week and an opening date with Daniil Medvedev only adds insult to injury. A slugfest against Medvedev in the summer heat does not sound like a fun proposition. This is a contest between two big names, but it may be more interesting on paper than on the court. 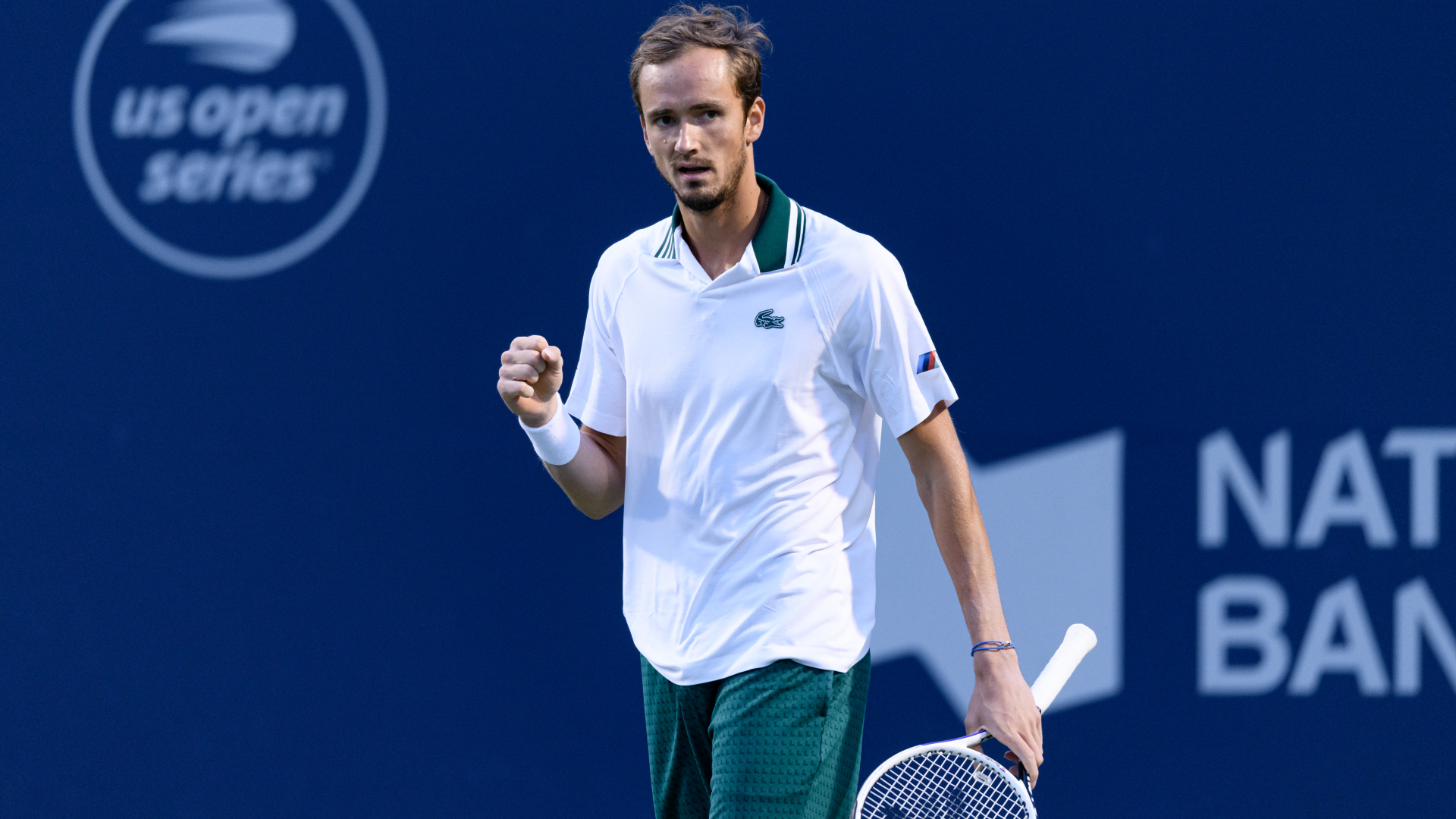 This would be a battle between the 2019 runner-up (Medvedev) and the 2014 champion (Cilic). They also faced each other at Wimbledon and it did not disappoint; Medvedev came back from two sets to love down to prevail in five. On a hard court the second-ranked Russian may have a bigger advantage. 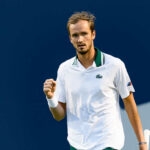 Read also
Daniil Medvedev: “I’m going to try to keep it at 20 for all of them”
Tennis Majors

If this matchup took place a few months ago the discrepancy in form would be huge. Sinner was playing great tennis this spring, where Monfils endured a 16-month slump dating back to the beginning of the Covid-19 pandemic. Finally, however, the Frenchman is starting to win matches again. Sinner captured the Washington, D.C. title, but outside of that result it has been a struggle on North American hard courts. This would be an entertaining affair.

Bublik actually leads the head-to-head series, having won their only previous encounter 7-5, 6-3 earlier this year on the indoor hard courts of Rotterdam. Of course, Zverev is a far different player right now and will be way more motivated at a major. Bublik would do well to reach the third round at Flushing Meadows, but it’s hard to see him upsetting Zverev. 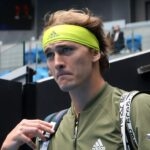 You might think that the surface would dictate the outcome of an Opelka-Musetti match. On a hard court or grass, advantage Opelka. On clay, advantage Musetti. Well, their only previous contest came on clay and it was actually Opelka who won it — 6-4, 6-4 earlier this year in Rome. The 6’11” American is in even better form now, highlighted by a runner-up showing in Toronto. This would be a tough one for Musetti.

Rublev and Tiafoe have favorable draws through two rounds in New York, so this matchup should happen. And given how well each man is playing, it would undoubtedly be a good one. Rublev finished runner-up to Zverev in Cincinnati, while Tiafoe reached the third round in Toronto and is coming off a quarter-final effort in Winston-Salem. Some massive forehand exchanges would be on display here.

Get your popcorn ready for a potential rematch between Ruud and Davidovich Fokina. Their Roland-Garros thriller was perhaps the most entertaining match of the tournament and one of the most entertaining matches of the entire year. Davidovich Fokina pulled off a five-set upset — a result that looks even better for him now on the heels of Ruud’s current hot streak. The Norwegian will be itching for a shot at revenge. 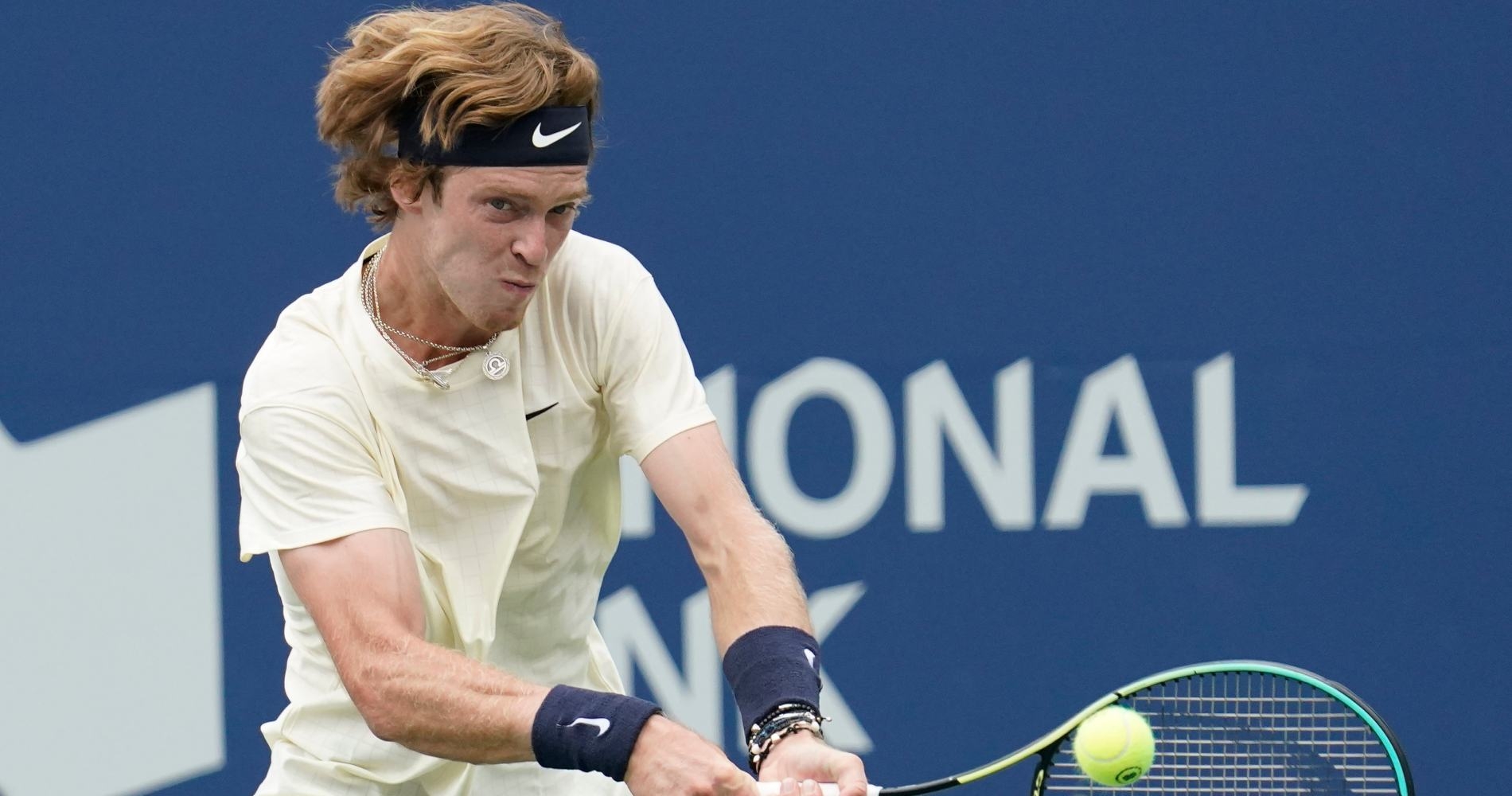 If all goes according to plan for the top eight seeds, the quarter-finals starting midway through the second week would look like this:

There is not really any scenario that can be considered a bad draw for Djokovic; after all, he is a heavy favorite in any match he plays. Still, he would have preferred to see someone like Ruud instead of Berrettini in his quarter of the draw and surely Tsitsipas instead of Zverev in his half. Alas, the 34-year-old may have to go through both of those huge hitters — Berrettini and Zverev — just to reach the final. Meanwhile, Medvedev and Zverev have to like their projected paths through the bracket. Ruud is unlikely to challenge the Russian on a hard court and Shapovalov has not played well since making a run to the Wimbledon semi-finals. In fact, Medvedev and Zverev will probably end up facing opponents other than Ruud and Shapovalov in the quarter-finals at the Billie Jean King National Tennis Center. 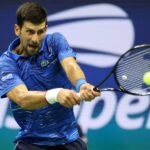 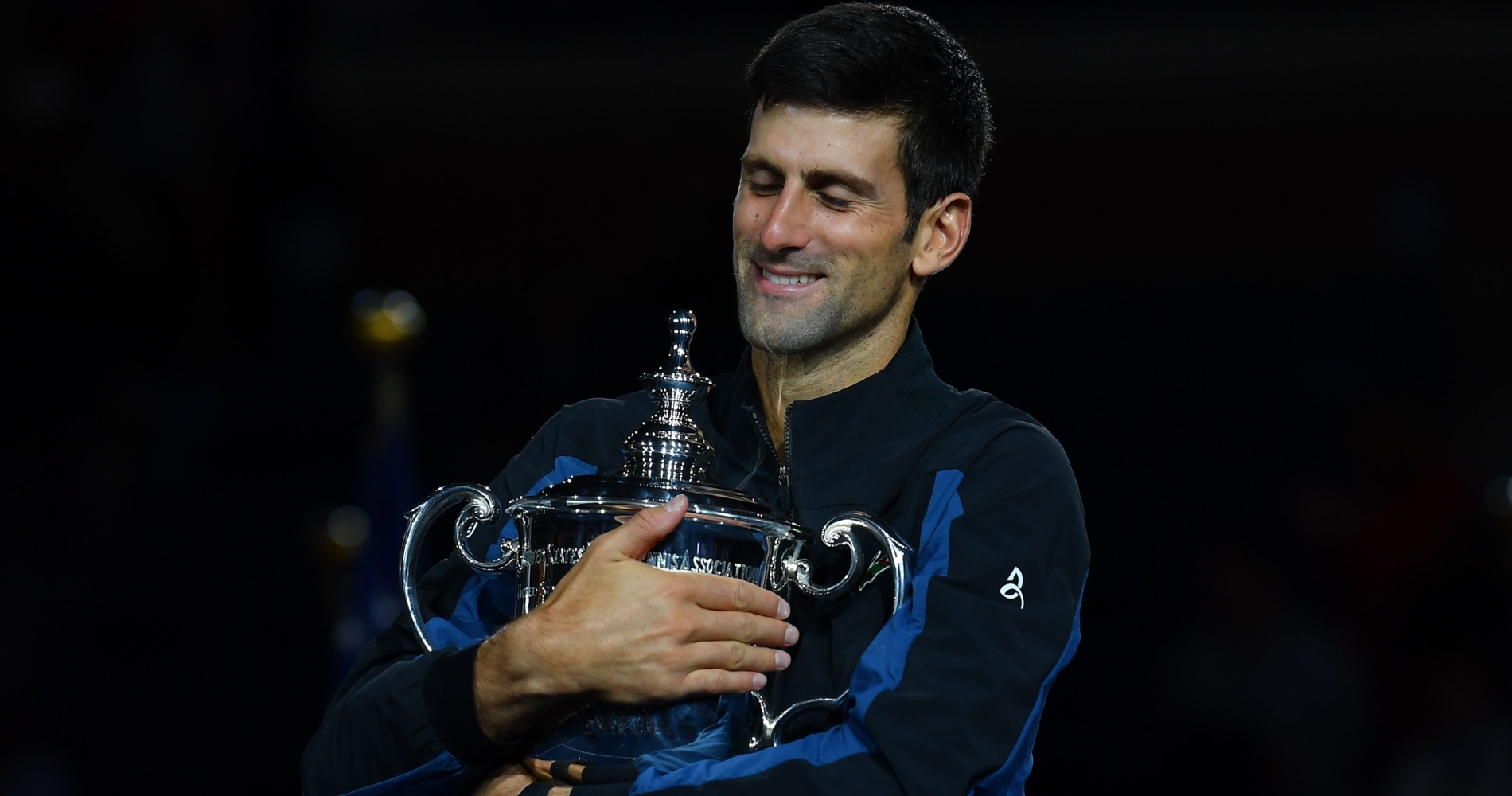 DJOKOVIC’S ROUTE TO THE FINAL

Djokovic’s possible route to the title looks like this:

Djokovic awaits the qualifier Holger Rune before possibly running into familiar foe Jan-Lennard Struff (the German trails their head-to-head series 6-0 overall and 15-1 in total sets). David Goffin is Djokovic’s nearest seed, but the Belgian is in the midst of a massive slump. Kei Nishikori is a more likely third-round opponent for the top-seeded Serb.

Bigger news for Djokovic is his potential quarter-final and semi-final contests. A meeting with Matteo Berrettini would be a rematch of the Wimbledon final (won by Djokovic in four sets) and a showdown against Zverev work mark a rematch of the Olympic semis (won by the German in three sets). 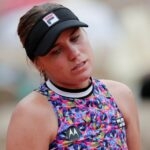