Djokovic, Nadal injury worries open the door for next generation

With doubts about the fitness of Novak Djokovic and Rafael Nadal, the door is ajar for one of the young guns to force their way through. 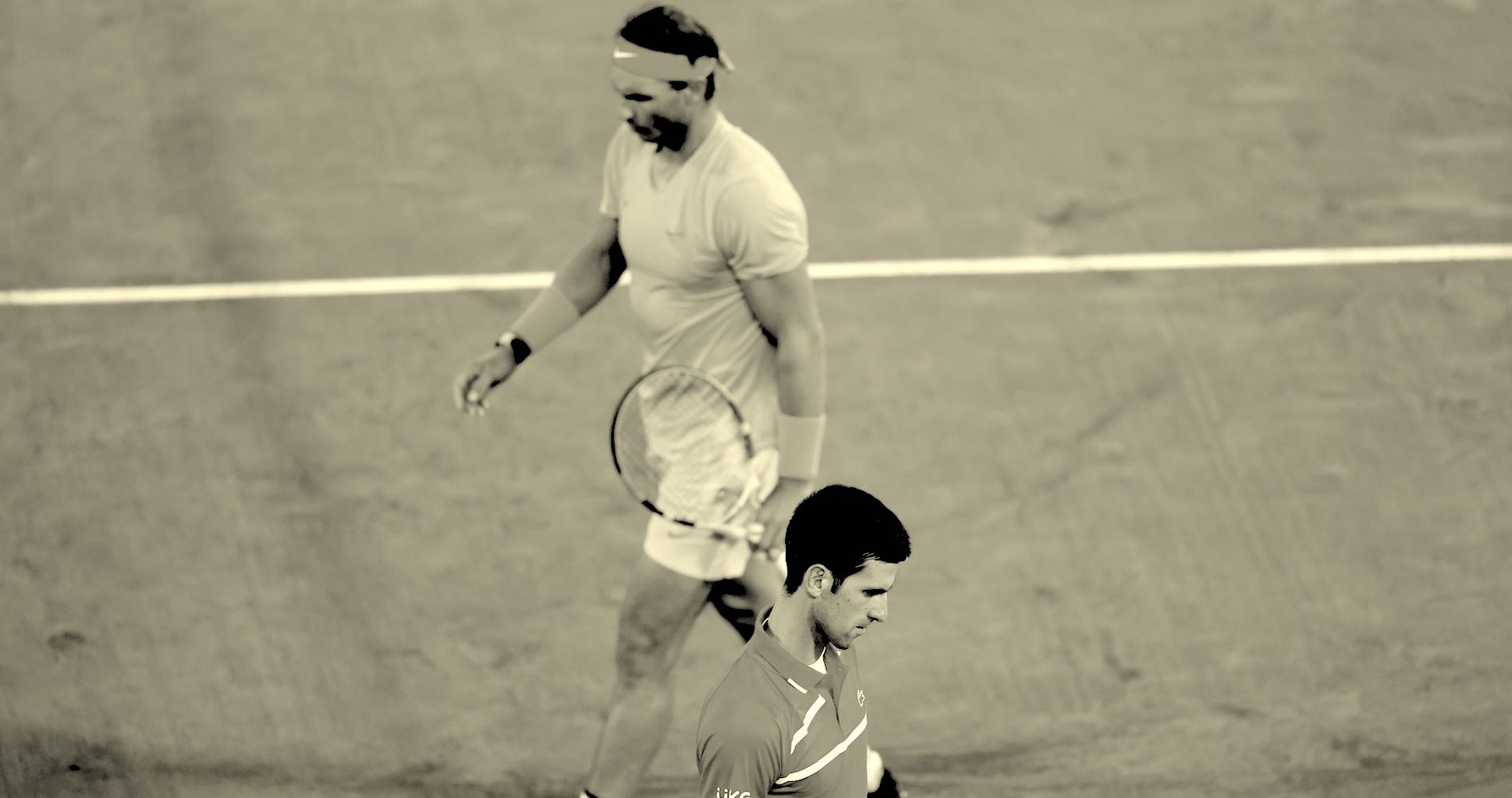 First of all, a caveat. We have been here before.

World No 1 Novak Djokovic and world No 2 Rafael Nadal have had injuries during Grand Slam events, or seemed less than 100 percent at times, only to come good when it matters and romp to yet another slam title. Nadal, Roger Federer (who is not due to return to the Tour until next month) and Djokovic have mopped up 57 Grand Slams between them, not leaving much room for others. 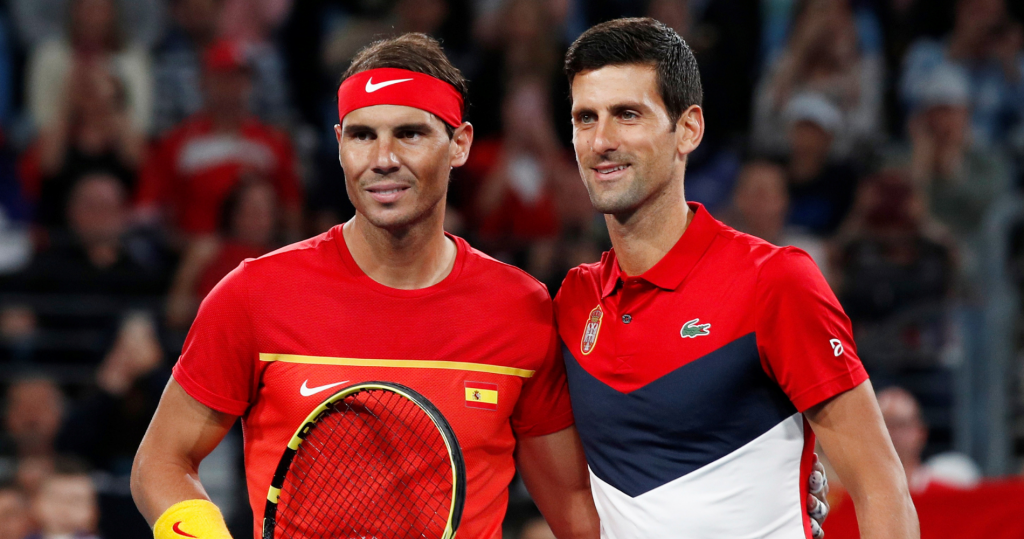 As Nadal continues to deal with his back spasms and Djokovic assesses the damage done to his abdominal muscles, the cynics will point to history and suggest that one of the two will take the Australian Open title next weekend.

But as we head toward week two, there is a whiff of vulnerability about the top two in Melbourne and there is a host of players behind them itching to take advantage. 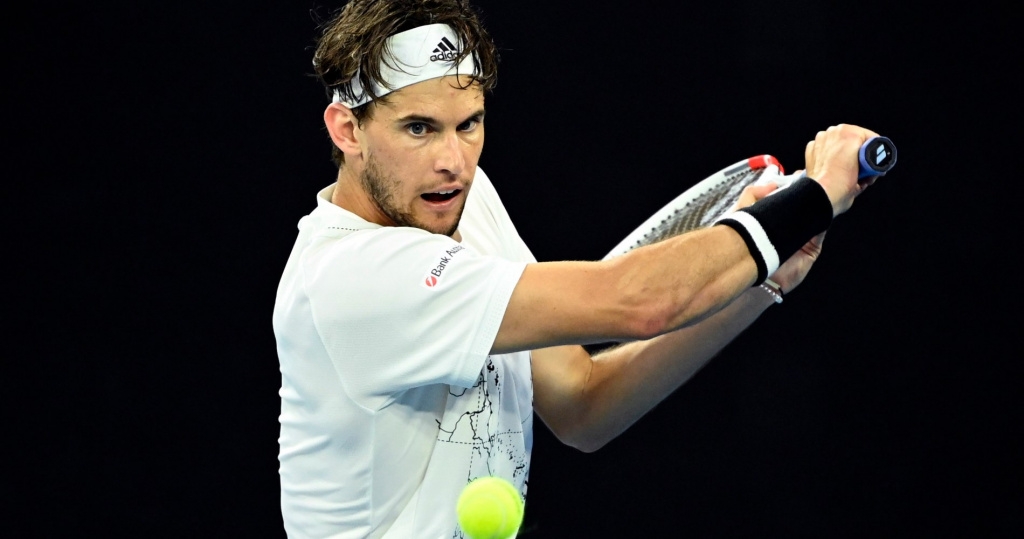 Dominic Thiem‘s victory at the US Open last year showed the rest of the next generation that it is possible to win the sport’s biggest prizes. That, and the injury concerns of Djokovic and Nadal, should put a spring in the step of Thiem, Daniil Medvedev, Stefanos Tsitsipas, Alexander Zverev, Andrey Rublev and others to believe that they can take the title.

Thiem, especially, should be carrying confidence, having reached the final in Melbourne 12 months ago and having come from two sets down to beat Nick Kyrgios in a classic third-round encounter on Friday.

“That match at the US Open showed me that giving up is never an option, there is always a chance. As today, I was so close to losing. If he (Kyrgios) breaks me in the first game of the third (when the Australian led 15-40), the match is pretty much over. But I was fighting still and then in the third set I thought I could do this. That US Open match, it showed me nothing is impossible.” 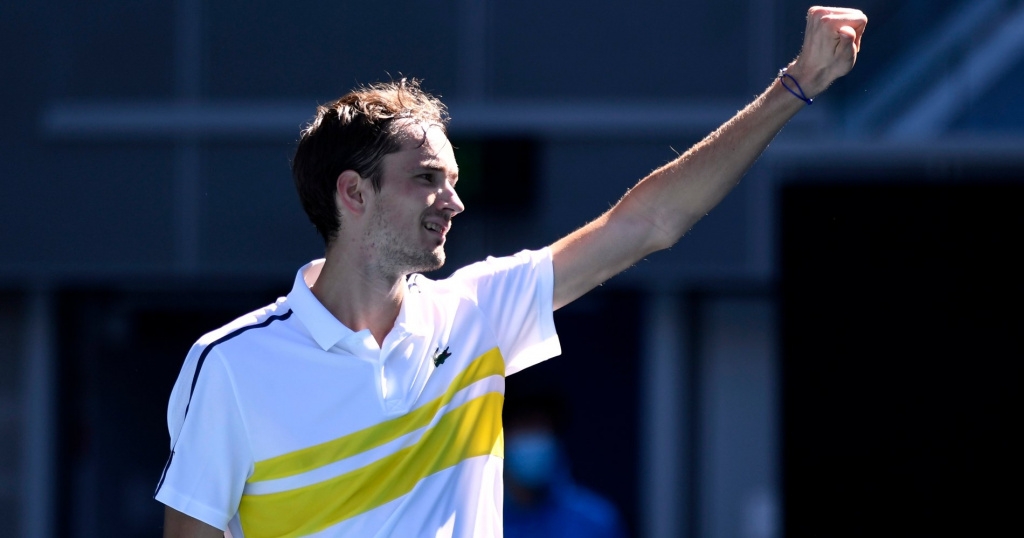 Medvedev, who reached the US Open final in 2019, took his winning streak to 17 matches after a hard-fought 6-3, 6-3, 4-6, 3-6, 6-0 win over Serbia’s Filip Krajinovic on Saturday, his first ever five-set victory. Having won the ATP Finals at the back end of last year, it seems like he has almost forgotten to lose.

“I always say experience is the key for me, so this fifth set I felt like, of course it was tight, but as soon as I got the break I was under control and in contrary with previous matches, where I could get tight and start to rush things and make some errors, here…I was really calm to finish the match. I’m really happy that I got the first five-set win.”. 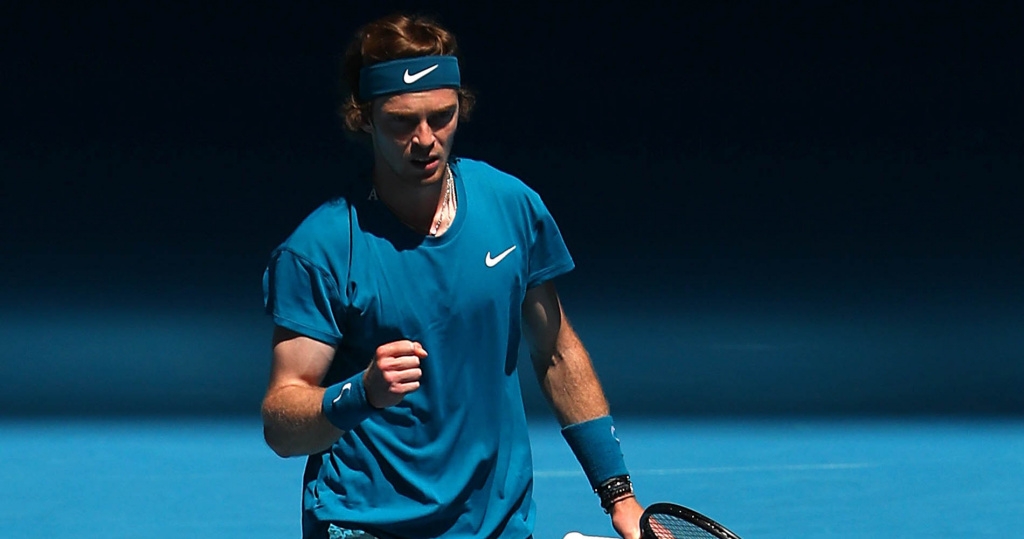 Rublev, too, is on a roll. The 23-year-old won five titles in 2020 as he burst into the top 10 and qualified for the ATP Finals. And having won all four of his singles matches at last week’s ATP Cup, he is another who is finding winning a habit, his 7-5, 6-2, 6-3 victory over veteran Spaniard Feliciano Lopez putting him into the last 16 in style, one win away from a likely clash with Medvedev.

For Rublev, now it’s about finding a way to live with the biggest players, over five sets.

“It’s not even about players who (hit) hard,” he said. “With them I feel comfortable. It’s more about with the players who play long rallies, like Medvedev, like Schwartzman, like Djokovic, like Rafa, because to play against them you need to show your best level for three, five hours and that’s why you have to be physically strong to be able to keep this level for a long distance. So it’s more about this, because many players can play one set amazing but then after one hour and a half or something, they are dropping the level.” 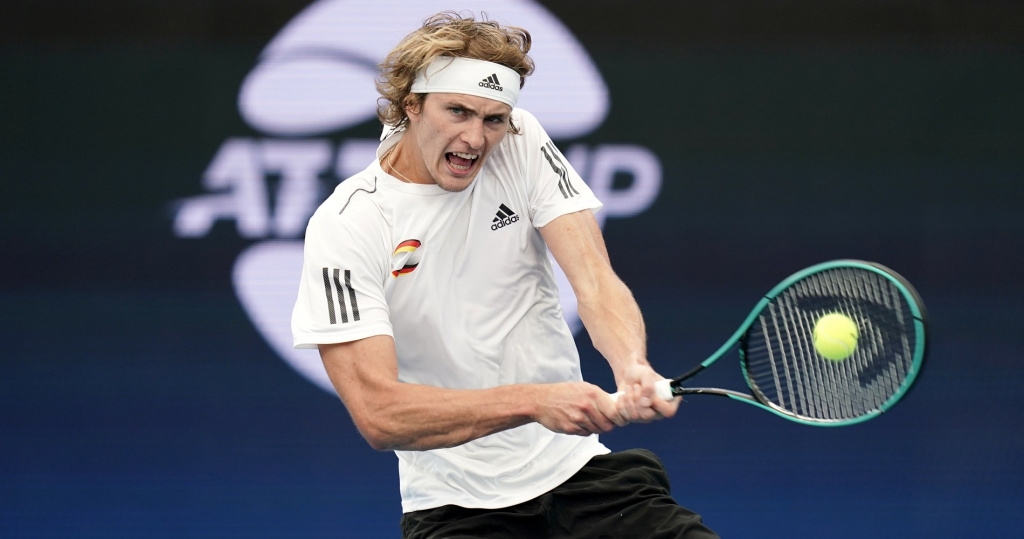 Belief rising for Zverev and Tsitsipas

Zverev, the German who has been in the news as much for things off-court as on it in the past year, reached his first Grand Slam final at the US Open, when he led Thiem by two sets to love only for the Austrian to recover his poise in time to claim victory.

But rather than dampen his spirits, that defeat seems to have instilled a belief inside him that he is capable of reaching the latter stages of slams on a regular basis and perhaps winning them. The German says he’s been carrying a few niggles into the tournament, but he’s been winning easily, which will help.

And perhaps Tsitsipas, who came through a huge test against an inspired Thanasi Kokkinakis, could be the one to benefit. The Greek reached the semi-finals in 2019 and the last four at Roland-Garros last year. That run in Paris came off the back of a hard defeat to Borna Coric at the US Open, where he failed to convert six match points. If he can keep his nerve, he has the game to succeed, and he steamrolled Sweden’s Michael Ymer 6-4, 6-1, 6-1 on Saturday.

“It’ll come when it comes,” he said, asked if he thinks he can win a slam. If I have to do it, I’ll find out if I’m capable of doing it. I see every single day as an opportunity to get closer to achieving my dream and potentially winning a Grand Slam or big title.” 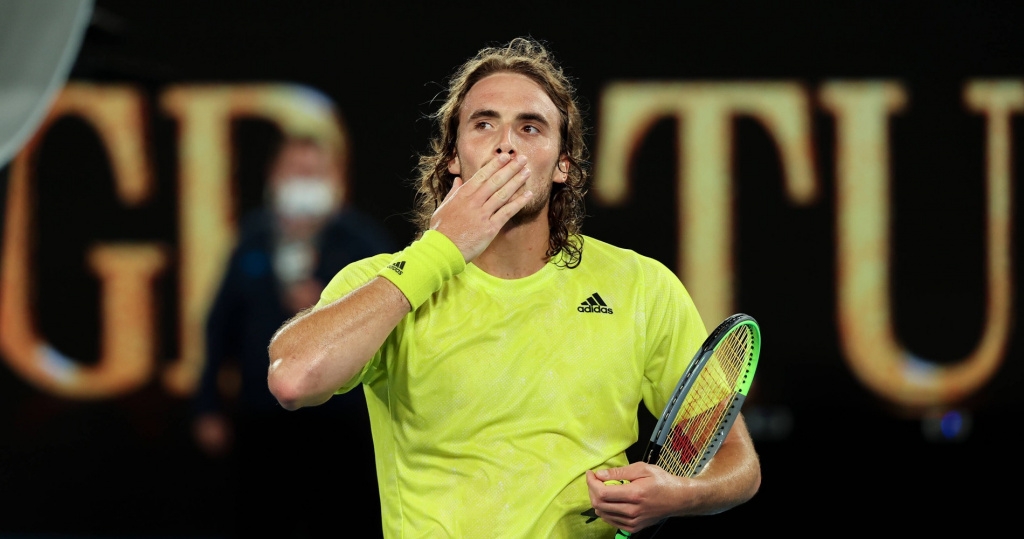 Djokovic will see if he can recover from what he thinks is a torn abdominal muscle, which he was able to manage – just – to beat Taylor Fritz in five sets on Friday.

Darren Cahill, the coach of Simona Halep and an ESPN analyst, said he had spoken to Djokovic’s coach, Goran Ivanisevic, who told him the world No 1 will not be practising on Saturday. The Serb was understood to have had a scan on the injury off-site.

Nadal has looked strong, despite pulling out of all of his ATP Cup duties last week as he tried to rest a sore back. The Spaniard won his first two matches at the Australian Open easily but admits his back is “not under control”.

“I am keeping doing the things that I can,” he said. “If you see, my motion on the serve is different than what I would like, but I am trying to find solutions every day. I just keep fighting for find a solution. Of course preparation the last 15 days have not been ideal but here I am. I won two matches in straight sets. I have another opportunity to be on court in two days, and I have tomorrow to keep doing things and trying to find solutions for my back.”

If Djokovic and Nadal are physically able to be 100 percent, they will take some stopping yet again. But if they’re not, then the chasing pack believes. That’s half the battle.

Quotes from @DjokerNole to @Eurosport on his abdominal injury: "The way it felt at the beginning of the third set…I was debating really strongly in my head to retire after two games because I couldn't move 1/4