Every day, Tennis Majors looks back at the biggest moments in tennis history. On January 29, 2017, Roger Federer beat Rafael Nadal in a classic Australian Open final to win his 18th Grand Slam title – and first for five years. 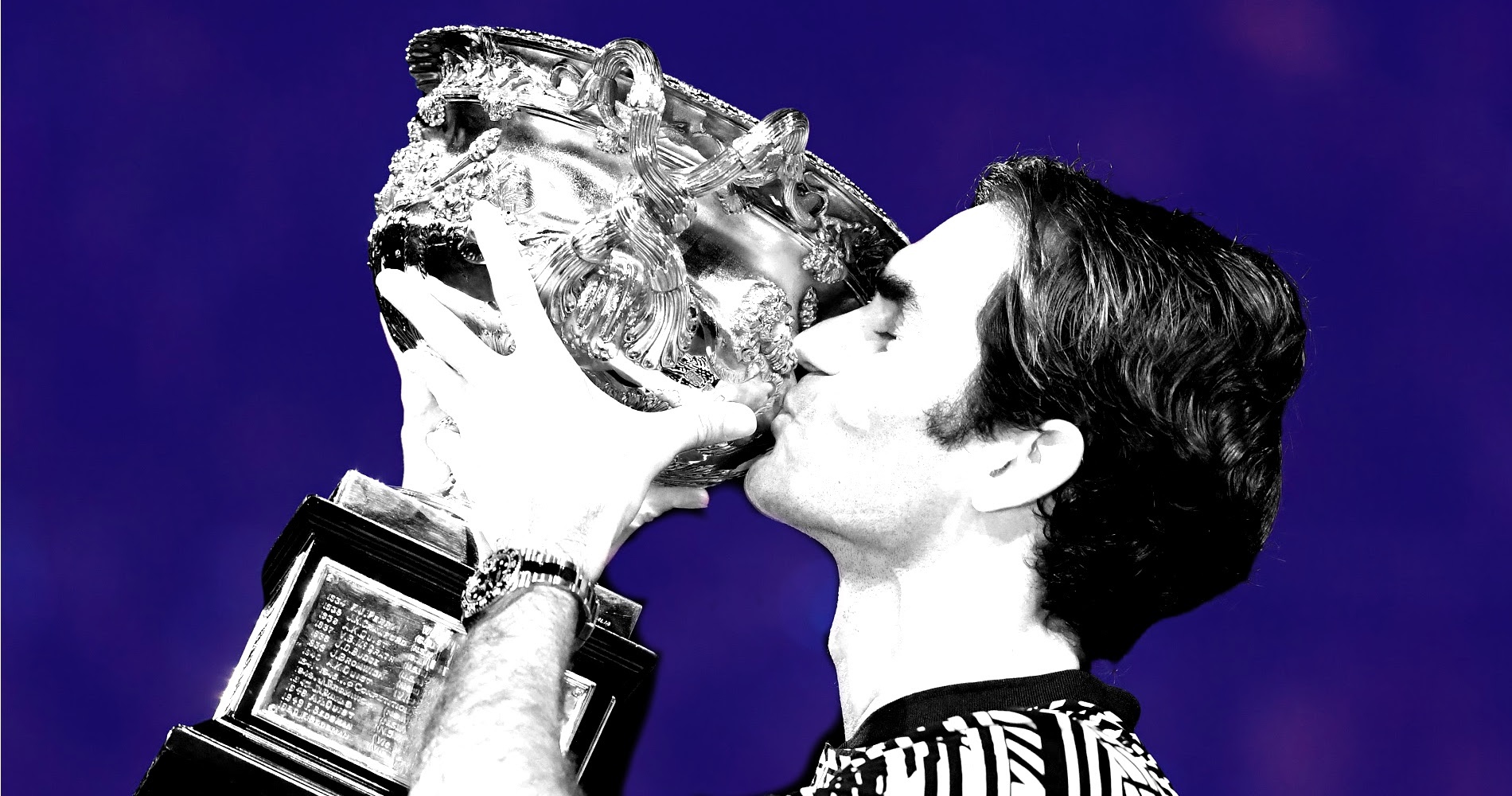 On this day, January 29, 2017, Roger Federer, playing his first tournament after a six-month break due to knee injury, defeated his old nemesis Rafael Nadal in the Australian Open final (6-4, 3-6, 6-1, 3-6, 6-3) to clinch his first Grand Slam title since Wimbledon in 2012. Aged 35, the Swiss came back from a break down in the final set to add an 18th major crown to his list of achievements. A few months later, he would triumph one more time at the All England Club, and in 2018, after successfully defending his title at Melbourne Park at the age of 36, he would become world No 1 again, almost six years after his last appearance on top of the ATP rankings.

Roger Federer, the Swiss maestro, born in 1981, was 35 years old in January 2017. He had dominated the game outrageously in the 2000s, especially between 2004 and 2008, accumulating 12 Grand Slam titles before Rafael Nadal challenged him for the world No 1 spot. In 2009, after three lost finals against his Spanish nemesis, he finally triumphed at Roland-Garros, defeating Robin Soderling in the final (6-1, 7-6, 6-4), achieving a career Grand Slam that would make most of the tennis world consider him to be the greatest player of all time.

In 2008, Nadal reached world No 1 for the first time, a ranking that he held for 46 consecutive weeks and 141 weeks in total. Since 2015 though, the Spanish left-hander had not been as successful. Heavily defeated by his rival Djokovic in the Roland-Garros quarter-finals in 2015 (7-5, 6-3, 6-1), he didn’t reach the semi-finals of a single Grand Slam tournament for two years, which had never happened to him since his two first years on the Tour, when he was a teenager. In 2015, Nadal’s ranking dropped down to world No 10, his worst ranking in more than 10 years. At the end of 2016, the 14-time Grand Slam champion was only world No 9, his worst year-end ranking since 2004.

The event was originally held on grass at the Kooyong Stadium, in a wealthy eastern suburb of Melbourne. Its timing had changed several times as well, between early December and January, going from being the first Grand Slam of the year to being the last. Until 1982, many of the best players skipped the Australian Open, mainly because of the remoteness, and the low prize money, but then, with the triumph of Mats Wilander, the dynamic changed. The tournament’s board made big efforts to become as prestigious as the other Grand Slams, which ended up with the event moving to a new location in 1988, at Flinders Park (later known as Melbourne Park), switching from grass to hard courts, and displaying the first-ever centre court equipped with a retractable roof. Prizes increased as well, and it wasn’t long before the tournament became many player’s favourite Grand Slam.

Although a final between Roger Federer and Rafael Nadal used to be a predictable outcome to a Grand Slam tournament, it was far from being the case at the 2017 Australian Open. Recently, neither of these two champions, who held a total of 31 major crowns at the time, had been as dominant as in the good old days. While Nadal, unable to reach the final four of a Grand Slam event since Roland-Garros 2014, was now only world No 9, Federer had put an early end to his 2016 season after Wimbledon, and the Australian Open was the first event he attended after a six-month break.

At the start of the tournament, few experts thought that the two legends could face each other in a vintage final. Even Federer would later explain that in his mind “a great event would be quarters, fourth round would be nice.”

When the two top-ranked players, Andy Murray and Novak Djokovic, were ousted before the end of the fourth round, the dream of a Federer-Nadal final started to take shape.

In the semi-finals, the old rivals both had to play five sets again. Federer prevailed against fellow Swiss Stan Wawrinka (6-4, 3-6, 6-1, 3-6, 6-3), and Nadal edged Grigor Dimitrov (6-3, 5-7, 7-6, 6-7, 6-4), displaying once again his great fighting spirit. Most of the tennis fans were thrilled: just when no one believed it was going to ever happen again, Roger Federer was to face Rafael Nadal in a Grand Slam final for the first time since the 2011 French Open.

At the time, the Spaniard held a 23-11 record against the Swiss. Although most of his wins had happened on clay, he had defeated Federer on fast surfaces on several important occasions, such as the 2008 Wimbledon final and the 2009 Australian Open final. Federer had only won three of their 10 last encounters. Federer was not the favourite.

Yet, it was soon obvious that Federer had come up with a plan. Maybe inspired by Dimitrov’s strategy in the semi-finals, he didn’t slice his backhand as often as usual, trying to hit the ball early on both sides to avoid being pushed back by Nadal’s topspin.

“I told myself to play free,” Federer said. “You play the ball. You don’t play the opponent. Be free in your head. Be free in your shots. Go for it. The brave will be rewarded here. I didn’t want to go down just making shots, seeing forehands rain down on me from Rafa.”

Despite his amazing level of play, when Federer ended up being down a break in the fifth set, it seemed that his old nemesis was going to deprive him from another Grand Slam crown. But we could come to find that nothing was to happen as predicted in this 2017 Australian Open. Winning several breathtaking points, including a fantastic rally at 4-3, 40-A, the Swiss not only clawed his way back, but he broke Nadal a second time and he served for the title at 5-3. He clinched the title on a last forehand winner, and, although he had to wait a couple of seconds as Nadal challenged the call, he could let his emotions go: five years after his last success in a major tournament, he was the Australian Open champion for the sixth time.

“Emotions poured out of me. I can’t compare this to any other one except maybe the French Open in ’09,” Federer said.

Meanwhile, Nadal, although disappointed, was enthusiastic about his level and about the upcoming season: “I worked very hard to get where I am,” said Nadal. “I fight a lot, probably Roger deserved it a little bit more than me. I’m just going to keep trying. I feel I am back at a very high level.”

Rafael Nadal was right, he was back at a very high level. In the three following years, he would add six Grand Slam titles to his list of achievements, equalling Federer’s record of 20 major crowns. The Spaniard would triumph four times at Roland-Garros (2017-2020, setting an unbelievable record of 13 titles in Paris) and twice at the US Open (2017, 2019).