May 21, 2005: The day the longest match in Roland-Garros men’s qualifying history took place

Every day, Tennis Majors takes you back in time to relive a tennis event which happened on this specific day. On May 21, 2005, Andrea Arnaboldi and Pierre-Hugues Herbert completed the longest match in the history of the Roland-Garros men’s qualifying event 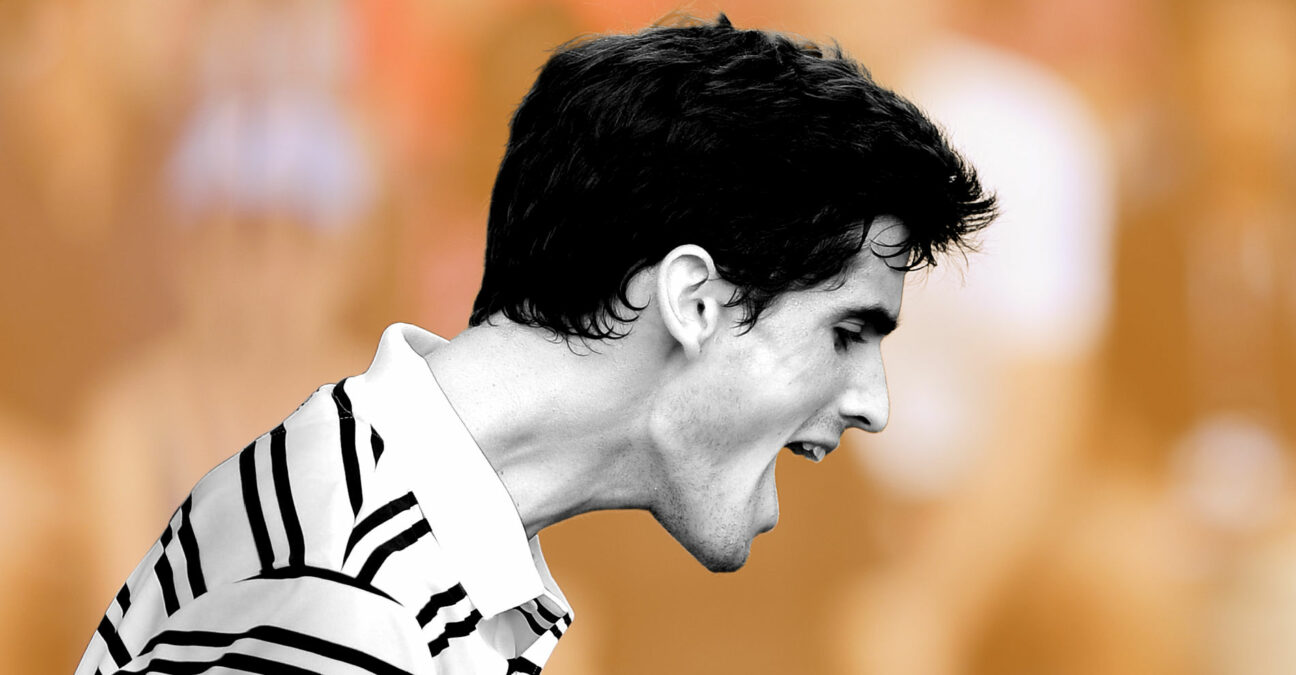 On this day, May 21, 2015, Andrea Arnaboldi and Pierre-Hugues Herbert completed the longest match in the history of the Roland-Garros men’s qualifying event. After their second-round qualifying clash was interrupted at 15-15 in the final set on the previous day, Arnaboldi finally prevailed (6-4, 3-6, 27-25) after four hours and 26 minutes of play.

In May 2015, 24-year-old Pierre-Hugues Herbert was mainly known as a doubles player who, partnering countryman Nicolas Mahut, had reached the final of the Australian Open at the start of the year (losing to Simone Bolelli and Fabio Fognini, 6-4, 6-4). Holding the 145th position on the ATP rankings, his biggest achievements in singles were two ATP Challenger titles claimed in 2013 and 2014, and he peaked at world No 108 in November 2014.

Andrea Arnaboldi – the seven-time winner on the ITF Tour

Andrea Arnaboldi, an Italian lefthander born in 1987, was world No 188 when the 2015 Roland-Garros qualifying event began, not far from his highest ranking at the time (world No 165 in June 2014). Not well-known among the general public, Arnaboldi had claimed seven ITF Future titles in previous years, and he had made his only appearance in a Grand Slam main draw as a qualifier at the 2014 Roland-Garros, defeated by countryman Simone Bolelli in the first round (6-4, 6-4, 6-2).

Roland-Garros, located in the west of Paris at the edge of the Bois de Boulogne forest, had been hosting the French Grand Slam since 1928. It was the first and now the only Grand Slam to be played on clay, the slowest surface, which made it the hardest tournament to win from a physical perspective.

On Wednesday, May 20, 2015, in the second round of the Roland-Garros qualifying draw, when Pierre-Hugues Herbert and Andrea Arnabodi began their match, no one could have predicted that they were going to make history. However, after the players had split the first two sets, a very close deciding set began, and, although the Italian obtained a match point at 6-5, he failed to seal the match, and, after three hours of play, as the score reached 15-15, darkness fell upon Roland-Garros and play had to be suspended.

On the following morning, May 21, I was Herbert’s sparring-partner for his warm-up session. He had asked for a lefthander, and, although he came on court with his fitness coach, he didn’t seem particularly tired after the previous day’s marathon. When our 30-minute session ended, I wished him good luck without thinking that he was going to play 27 more games and play the longest match in the history of the qualifying event at Roland-Garros.

However, as I had a break in my schedule, I sneaked into the ball boy’s corner to watch as much as I could of the match – one that seemed to never end. Arnaboldi had served first in the third set, so Herbert was fighting for his life in every one of his serving games. Soon, the players broke the record of the longest third set in the qualifying event’s history (won by Daniel Nestor over Thierry Guardiola, 22-20, in 1996).

Unfortunately, despite the crowd’s support, the Frenchman was unable to beat a record and win on his home ground. On his second match point, Arnaboldi hit a return winner which propelled him into the final qualifying round.

The Italian southpaw, who had made his way into the main draw in 2014, did not waste any energy in celebration, as he knew that he did not have much time to recover before facing Marco Trungelliti, world No 217, in the following round.

Despite this extremely long second-round match, Andrea Arnaboldi would defeat Marco Trungelliti in the qualifying round (5-7, 7-5, 6-3). Moreover, the Italian would win another marathon in the first round of the main draw, coming back from two sets down and saving a match point to eliminate James Duckworth, from Australia (4-6, 6-7, 7-6, 7-6, 6-0).

In singles, Pierre-Hugues Herbert would reach world No 39, in 2019, and he would reach four finals on the tour, the last one in Marseille, in 2021, where he would be defeated by Daniil Medvedev in three sets (6-4, 6-7, 6-4). He would be more successful in doubles: partnering Nicolas Mahut, he would achieve the career Grand Slam, triumphing at the 2015 US Open, and at Wimbledon in 2016, before lifting the Roland-Garros trophy in 2018 and claiming the Australian Open title in 2019.