Birmingham champion Ons Jabeur keeps her summer grass-court run going with a three-set victory over Garbine Muguruza in the Wimbledon third round on Friday. 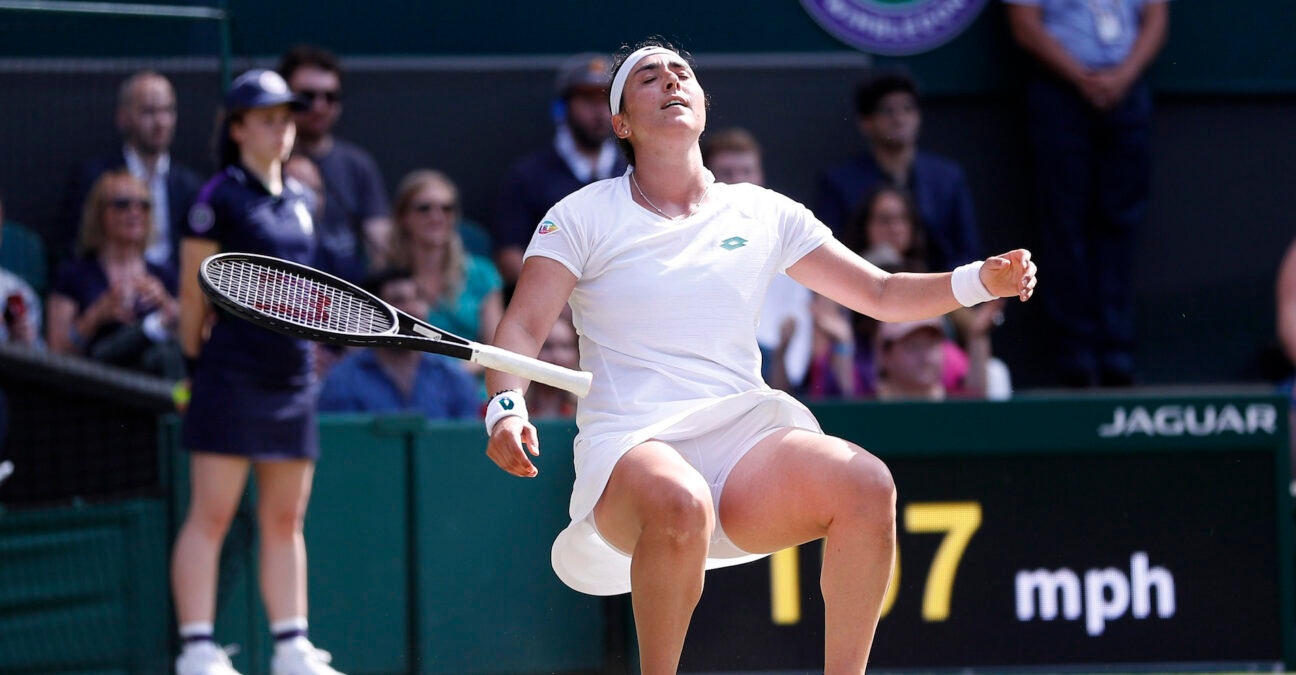 Ons Jabeur made history last month by becoming the first Arab player to win a WTA title when she triumphed on the grass courts of Birmingham. Now she is the first woman to reach the fourth round at Wimbledon, as the 26-year-old Tunisian took down Garbiñe Muguruza in three sets on Friday afternoon. Jabeur pulled off the upset after two hours and 26 minutes.

16 points in a row for Jabeur

Playing on Centre Court for the first time in her career, it took a while for Jabeur to settle her nerves and find her form. But once she got going, she really got going. In fact, from the last game of the second set through the third game of the third set, the world No 24 reeled off an incredible 16 consecutive points. Jabeur battled back from 0-40 down at 5-3 to hold at the end of set two, won two straight games at love to begin the third, and then led 0-40 on Muguruza’s serve.

The 2017 Wimbledon champion finally got back on the scoreboard and actually managed to hold for 1-2, but she could not recover from an early break deficit. Muguruza’s hopes were all but over when she dropped serve again at 1-3. Jabeur went to deuce in each of her next two service games, but clutch holds at 4-1 and 5-2 helped her clinch victory.

She finished with 17 more winners than unforced errors (44 to 27) and won 18 of 22 points at net. Jabeur generated an unreal total of 29 break points. Although she converted only five, five were enough. Muguruza went 3-for-12 on her break points.

“It is,” Jabeur said when asked during her on-court interview if this was the best moment of her career. “I’m not saying this so that you cheer for me in the next round, but this is my favorite court. Seriously. I won here; I’m so, so happy.

“Honestly this is the first time I’ve been on Centre and it’s amazing energy.”

She could find herself back on Centre Court as part of the famous second Monday at Wimbledon. Her opponent will be 2020 French Open champion Iga Swiatek. 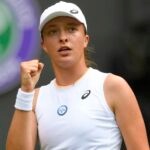 Swiatek was the first woman through to the last 16 at the All-England Club, as she opened play on Friday with a 6-1, 6-0 rout of Irina-Camelia Begu.