At 18, the US Open champion has the world at her feet. Simon Cambers explains why the British teenager seems to have all the tools to get to and stay at the top 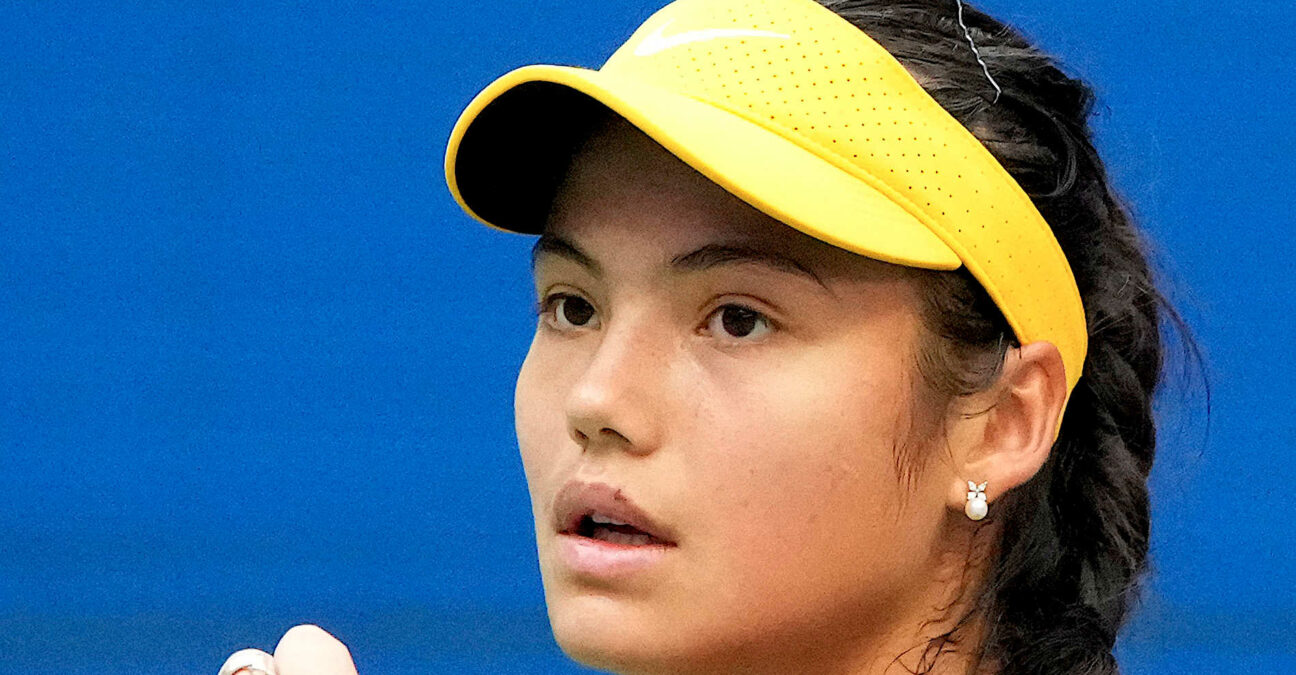 Emma Raducanu will be back in action soon, most likely at the BNP Paribas Open in Indian Wells, the WTA 1000 event rescheduled from March to this October because of Covid.

It will be the first time back on court for the 18-year-old Briton after her incredible US Open triumph and a chance for fans in California to get a close look at a young woman who seems well-placed to enjoy a long time in the top echelons of the sport.

It will also represent a series of firsts for Raducanu, the first time she’ll be introduced as a Grand Slam champion, but also the start of what, all things being equal, will be her life for the forseeable future; life on Tour, going from the freedom of being unknown to the pressure of being the hunted, to the repetition of travel and hotels, all new experiences that will take some adjustment. 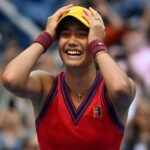 LTA’s Iain Bates: “How quickly she has adapted is quite remarkable”

The good news is that Raducanu seems made for this. All the choices she has made to date, from staying at home when the Tour opened up again after the pandemic, to finishing her education, to putting her phone away during the US Open, suggest she knows her own mind, knows what she wants, how to get it and is willing to do the work required to get there.

Iain Bates, the LTA’s head of women’s tennis, was in New York as part of the team watching Raducanu become the first qualifier ever to win a Grand Slam title. Bates said Raducanu has been impressing the LTA for a long time.

“Especially after, as is pretty well-documented, not a huge amount of tennis during the lockdown periods, due to challenges with schedule for a player ranked 350, challenges combining education with an aspiring professional career, some concerns over travel during a pandemic, how quickly she’s able to have just adapted and improved, is quite remarkable,” Bates said in an interview.

On the court, Raducanu has already proved she belongs at the top. Born in Canada to a Chinese mother and Romanian father, the 18-year-old won 10 matches in a row, without dropping a set, dismissing seasoned professionals including the Olympic champion Belinda Bencic and Greece’s Maria Sakkari, before taking out another teen sensation, Leylah Fernandez in the final.

Anyone who saw Raducanu on the court will have been impressed; a brilliant athlete, she has a rock-solid game that will suit her well. Anyone who saw the way she conducted herself off the court, from her trip to the Met Gala and throughout the exhausting round of media interviews she gave in the US, will know she seems like she was born for this.

Raducanu shocked the world by winning the US Open at the first go, not least since she was playing in only her second Grand Slam. Two months earlier, she had played her first, experiencing the heat of the battle on home soil at Wimbledon. There, as the world No 350, she reached the fourth round with some brilliant performances only to be unable to finish her last-16 clash with Ajla Tomljanovic, the emotions, stresses and physicality of the fortnight getting to her.

At the time, there were some who questioned whether Raducanu had what it takes to succeed at the top. Two months later, there she was, winning the US Open, seemingly playing nerveless tennis on the biggest stage, unflustered, handling everything with incredible aplomb.

Having agreed with her parents she should finish her studies, Raducanu arrived in New York with an A* (the highest grade) in economics and an A in maths. Intelligent, curious, sharp and driven, she has the education to go with her athletic talent and when one day she hangs up her racquets, the chances are she will be successful in any walk of life she chooses to inhabit.

For whatever reason, she’s just got a mentality where she’s able to cope with things

Raducanu’s poise under pressure was key to her success in New York. At 18, she had the sense to put her mobile phone away and Bates said she handled herself equally well off the court as she did on it.

“What struck me through the three weeks that we were in New York was that everything was the same every day,” he said. “You hear her say she was talking about what she could control every time she got on court, which is what you’d expect a sports person to say, but it was true. Whether it as chatting away before the final or after the semi-final, it was like she’d either played in the first round of qualifying or she was playing, in any event, anywhere on the planet.”

“I don’t know if it was because she was not at home, so she could control her bubble but she was taking everything in her stride. Whatever reasons they are, she’s just got a mentality where she’s able to cope with things, which is great. ”

The enormity of her achievement had barely sunk in when Raducanu said something that showed where her mind had been over the previous three weeks; in the zone.

“I don’t feel absolutely any pressure,” she said. “I’m still only 18 years old. I’m just having a free swing at anything that comes my way. That’s how I faced every match here in the States. It got me this trophy, so I don’t think I should change anything.”

Of course, that’s easier said than done. The demands on Raducanu’s time will be enormous and the expectation, especially when she gets to Wimbledon next year, will be like nothing she’s experienced before. Everything she does, from her results to her private life will be news. How she deals with that, and how the team around her protect her, will go a long way to how well she navigates the coming years.

But though the inevitable intrusion into her private life may be hard to handle, Raducanu seems like she’s well-equipped to deal with whatever is thrown at her. There may be difficult moments – if she doesn’t win more big titles in the next couple of years, some people will wonder what’s gone wrong. But at 18, she and everyone else needs to be patient; Monica Seles won seven Grand Slams as a teenager, for example, while the competition today is strong at the top of the women’s game. She needs to stay fit and healthy and even then, she’ll need a bit of luck if she’s going to reach the very top and stay there.

But what we’ve seen so far suggests that she will be able to continue moving up the rankings and begin competing for more Grand Slam titles. As the former Wimbledon champion, Marion Bartoli, says on the latest edition of Match Points: “I never thought for one moment that she would collapse. And that is extraordinary to witness for someone with absolutely zero experience at any level, let alone in a Grand Slam.”

Inspiration and role model, Raducanu a hero to a new generation

British tennis officials doubtless can’t believe their luck; a first female Grand Slam singles champion since 1977 and a young woman who speaks well too, and one who seems so down to earth.

Scott Lloyd, the CEO of the LTA since 2017, said what you see is what you get. “It’s phenomenal,” he said. “She walks into the National Tennis Centre, she’s so polite, she’s got great values, she is a credit to her family and to the friends all around her. And she’s so personable and relatable. Not only is her achievement so inspiring, if you like, but she’s genuinely down to earth. Her poise and her presence of mind is palpable. I’ve got two children of my own. They’re 12 and 9. The biggest question I’ve been having over the last week or so is when can I meet Emma? That’s an incredible thing and it’s an incredible opportunity.”

Raducanu was quick to thank the LTA in her speech at the US Open and a lot of people have played a role in her progress from a keen youngster learning to play the game to a Grand Slam champion; from Matt James, the man who did a lot of the coaching when she was 16 and 17; to coaches Alistair Filmer, Jane O’Donoghue and Nigel Sears, not to mention Andrew Richardson, who’s now finally better known as Raducanu’s coach, instead of being the best man at Tim Henman’s wedding.

“Anyone that’s ever worked with her knows that she’s always been a special talent,” Lloyd said. “But that support network and her diligence and focus and professionalism has been long in the making.”

A global superstar in the making

With her Chinese/Romanian background, Raducanu is well placed, too, to be a global superstar. In the wake of her US Open triumph, she now has more than 2 million followers on Instagram and more than half a million followers on Twitter. Her final against Fernandez was watched by more than 9 million people in the UK and the Chinese government congratulated her for her achievement, praising her heritage.

Congratulated by the Queen, Raducanu has already discussed how to encourage more young people to play tennis. To top it all off, Raducanu also speaks Chinese, which is likely to open doors, and markets.

Britain has a new tennis star to follow in the footsteps of Andy Murray, another man who played a big role in recent years, acting as a mentor as part of a scheme funded by Amazon. If Raducanu can have even half the career Murray has enjoyed, then she’ll be a worldwide star. She’s already well ahead of the curve.