Home » News » Monte-Carlo champion Tsitsipas: “This is just the beginning”

Monte-Carlo champion Tsitsipas: “This is just the beginning” 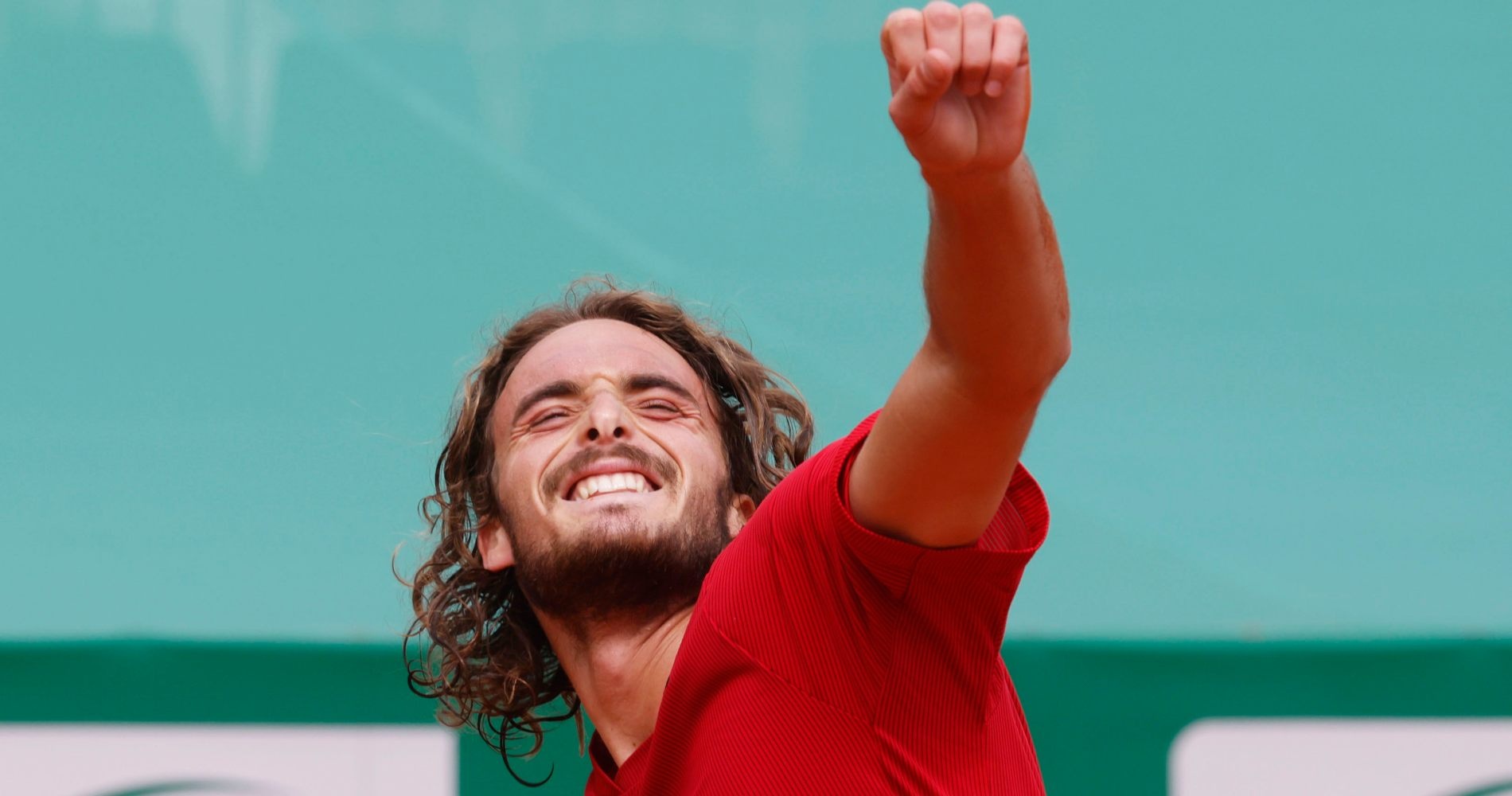 A victorious Stefanos Tsitsipas described his Monte-Carlo title as “just the beginning” on Sunday after he won his first Masters 1000 crown at the expense of Russian rival Andrey Rublev.

The 22-year-old won his first title of 2021 with a consummate performance, his 6-3, 6-3 win giving him a sixth career title and moving him above Rublev to the top of the ATP Race – the calendar-year rankings, ending a run of defeats in his past three finals.

“That is great,” Tsitsipas said of his No 1 status in the Race. “It’s just the beginning. We still have plenty of tennis to be played this year. Great to be in the lead. I’m not trying to think of it too much because, again, many tournaments in front of me, ahead of me. I’m going to try to recalibrate, refocus. Attention is now in Barcelona. My body is feeling good, which is a good sign. I’m really pumped to go for some more points the next couple of weeks.”

Let your dreams be your wings. 🏆

Monte-Carlo thank you for all the small things that add to the journey! Appreciation is a wonderful thing. @rolexmcmasters pic.twitter.com/0FsQUTXW2r

Tsitsipas: “I stepped up”

When world No 1 Novak Djokovic was upended by Dan Evans in the third round and then 11-times champion Rafael Nadal was beaten in the quarter-finals by Rublev, the path was clear for someone to step up and win one of the sport’s biggest titles.

But unlike in Miami, where in the absence of Djokovic, Nadal, Roger Federer and Dominic Thiem, the likes of Tsitsipas, Daniil Medvedev and Rublev fell short, in Monte-Carlo, Tsitsipas was a man on a mission, winning the title without dropping a set, the perfect start to a clay-court campaign he hopes will lead to a first Grand Slam title at Roland-Garros.

“Whatever had to happen happened,” he said. “I stepped up my game, brought this good game, good tennis. I didn’t see (any) reason for me to leave from here without the trophy. I felt like I deserved it. I’ve put so much effort and so much concentration into it. Definitely something that I deserve. More opportunities like this is going to show up and come up in the future, so I need to be ready to show my consistency and prevail with that.”

In the seventh ATP Tour match of their rivalry, Tsitsipas never allowed Rublev a foothold in the match. Serving brilliantly, he kept the Russian at bay and the efforts of the week caught up with Rublev as Tsitsipas stamped his foot down and never let up.

With Federer, at 39, Nadal, who turns 35 in June and Djokovic, who is 34 next month, in the latter stages of their career, the ATP Tour has been crying out for some new faces to take their chances and begin to create rivalries. In Tsitsipas and Rublev, they may just have one.

Tsitsipas mentioned his match with Rublev in Hamburg last year, when he served for victory only to end up on the losing side, a defeat he overturned at Roland-Garros soon after in the quarter-finals.

“It wasn’t easy coming into that Roland Garros match that I had to play against him,” he said. “Things were difficult. But I think finding few potholes and executing the right game plan gave me a very important Roland Garros win. There was plenty for me to learn from there.

“I’m expecting for him in our next battle to try and change things. It hurts losing. Definitely hurts losing even more in finals like this. I was very happy that I was able to produce such good quality of tennis today, kind of handle my emotions and all of my nerves the right way, which led to this incredible moment at the end.” 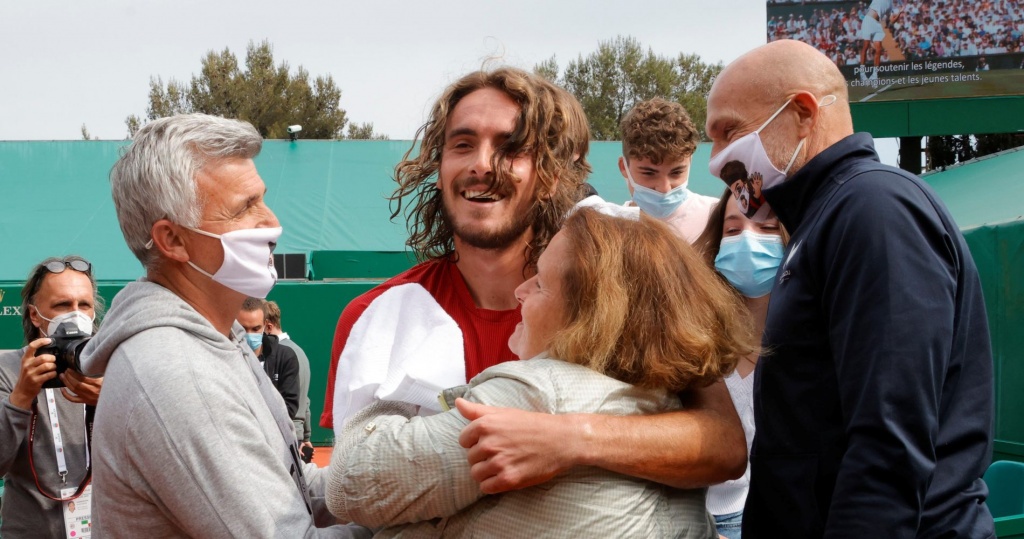 What happens when Federer and Nadal, and eventually Djokovic, retire, is something that has occupied the Tour for many years now. But in Tsitsipas and his fellow Next Gen players, like Medvedev, Alexander Zverev, Rublev and Denis Shapovalov, and the younger generation in Jannik Sinner, Lorenzo Musetti, Carlos Alcaraz and Sebastian Korda, the future looks bright.

“We have a rivalry already,” Tsitsipas said of his battles with Rublev. “It’s building up. I don’t know what’s a rivalry, what’s considered a rivalry. What, 30 matches? We’re going to get there for sure if we play against each other so frequently. I don’t see no reason for us not to be there.

“I’m sure I’m going to have not just a rivalry with Andrey. You see back 15 years ago, 10 years ago when Nadal and Federer built one. I feel like in our circumstances, the way it’s going to be in this era, there are going to be much more rivalries than just one. It won’t be singular. Me with Zverev, me with Sinner, me with (Matteo) Berrettini. There are going to be a lot of rivalries out there. I think this variety that tennis is going to receive is going to make it really exciting.”

Both Tsitsipas and Rublev will be in action in Barcelona this week, though Rublev admitted he had made his decision to play there before he made news in Monte-Carlo.

“When I confirmed to play Barcelona, it was right before match with Rafa,” he said, with a smile. “I was thinking in my head that Friday probably I will be already in Barcelona.”