All you need to know about 2021 Australian Open Day 4 action, with Rafael Nadal, Stefanos Tsitsipas, Daniil Medvedev and Andrey Rublev all advancing to round three 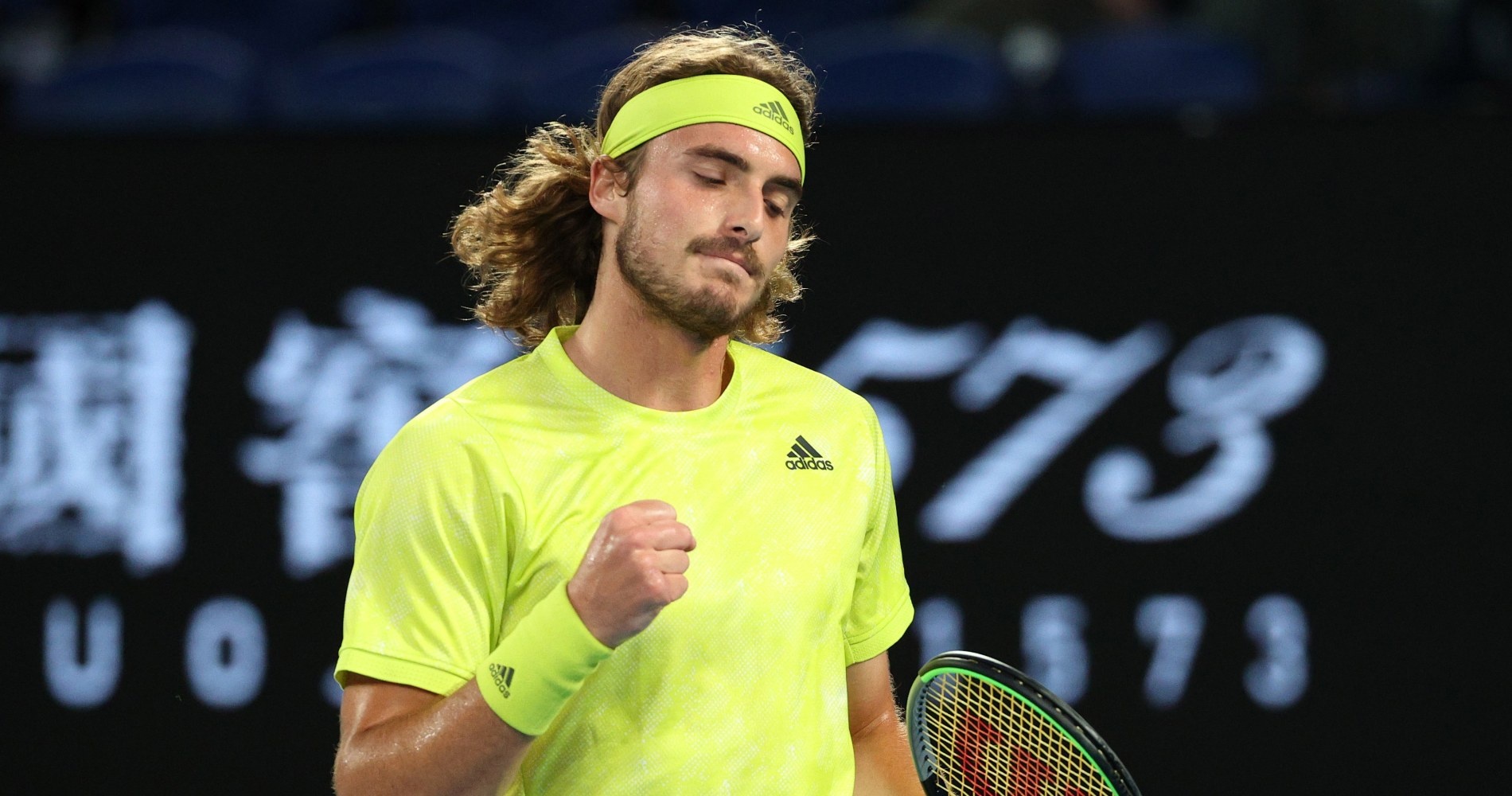 The second round of the Australian Open is complete in Melbourne after another action-packed day. Rafael Nadal shrugged off any concern about his back in the last match of the night session while Stefanos Tsitsipas, Daniil Medvedev and Andrey Rublev all booked their places in the third round.

What you need to know: Tsitsipas holds off Kokkinakis, Nadal has fun, Russians cruise

Stefanos Tsitsipas survived, just, but not before he was given a big scare from Thanasi Kokkinakis. The Greek No 6 seed was pushed all the way by the Australian, who has had so many injury problems over the years, missing a match point in the fourth set before finally clinching a 6-7, 6-4, 6-1, 6-7, 6-4 in four hours, 32 minutes. The win was Tsitsipas’ first five-set win on hard courts and may go some way to erase the painful memory of last year’s US Open, when he missed six match points in losing to Borna Coric. “It was a hell of a match,” Tsitsipas said.

Rafael Nadal showed no signs of concern over his sore back as he marched into the third round with a 6-1, 6-4, 6-2 win over American Michael Mmoh in the night session. The Spaniard was in total control, even when he was rudely interrupted by a drunk woman who flipped him the middle finger, having interrupted his service motion by screaming out abuse.

Nadal laughs off a “finger”, dismisses Mmoh with ease

Nadal will play Britain’s Cameron Norrie in the third round.

The upsets: Alcaraz beaten by Ymer, Coric out

It might seem strange to suggest a 17-year-old playing his second Grand Slam match should be a favourite but such is the hype surrounding Carlos Alcaraz that the young Spaniard was expected to get past Mikael Ymer of Sweden. However, it didn’t go according to plan for the teenager and Ymer won 2-6, 6-4, 6-4, 7-6 to set up a clash with Tsitsipas. Ymer is the first Swedish man to reach the third round at the Australian Open for a decade.

Alexei Popyrin carried plenty of confidence into his second-round match with Lloyd Harris, having beaten David Goffin in the first round. But the Australian could not repeat his heroics and bowed out in five sets, beaten 6-2, 1-6, 6-3, 6-7, 6-3 to the South African.

The Russians just keep rolling in Melbourne. Andrey Rublev notched a straight-sets victory over Brazil’s Thiago Monteiro on Day 4 to book his spot in the third round, where he will face veteran Feliciano Lopez, a five-set winner over Lorenzo Sonego.

The No 7 seed never dropped serve, saved all four break points he faced and cracked 45 winners and 16 aces to win in two hours and eight minutes on John Cain Arena. Rublev improved to 6-0 on the season, having won all four of his matches at ATP Cup last week and he appears to be on a collision course with Daniil Medvedev, who eased his way to a 6-2, 7-5, 6-1 win over Roberto Carballes Baena. The pair of top 10 Russians would meet in the quarter-finals if the seeds hold.

Italy’s Matteo Berrettini turned heads at ATP Cup when he took down Dominic Thiem and Gael Monfils in successive matches, causing many to wonder if the faster surfaces at Melbourne Park this year would favour the Italian at the Australian Open. So far, so good for the No 9 seed. Today he defeated Czech qualifier Tomas Machac 6-3, 6-2, 4-6, 6-3 in two hours, 39 minutes to set a hard-hitting third-round clash with Russia’s Karen Khachanov.

Italians fight it out – on court and off it

Fabio Fognini and Salvatore Caruso had just finished an epic second-round battle – won by Fognini 4-6, 6-2, 3-6, 6-2, 7-6 (12) – when the two began a heated discussion or argument that carried on for several minutes after the match. Apparently, Caruso was complaining that Fognini had been calling him “lucky” throughout the match, and Fognini said: “am I not allowed to say someone’s lucky?”.

Italians Fognini and Caruso in heated argument after epic clash