The Austrian will have to wear a splint on his right wrist for five weeks, leaving him little time to be ready for New York 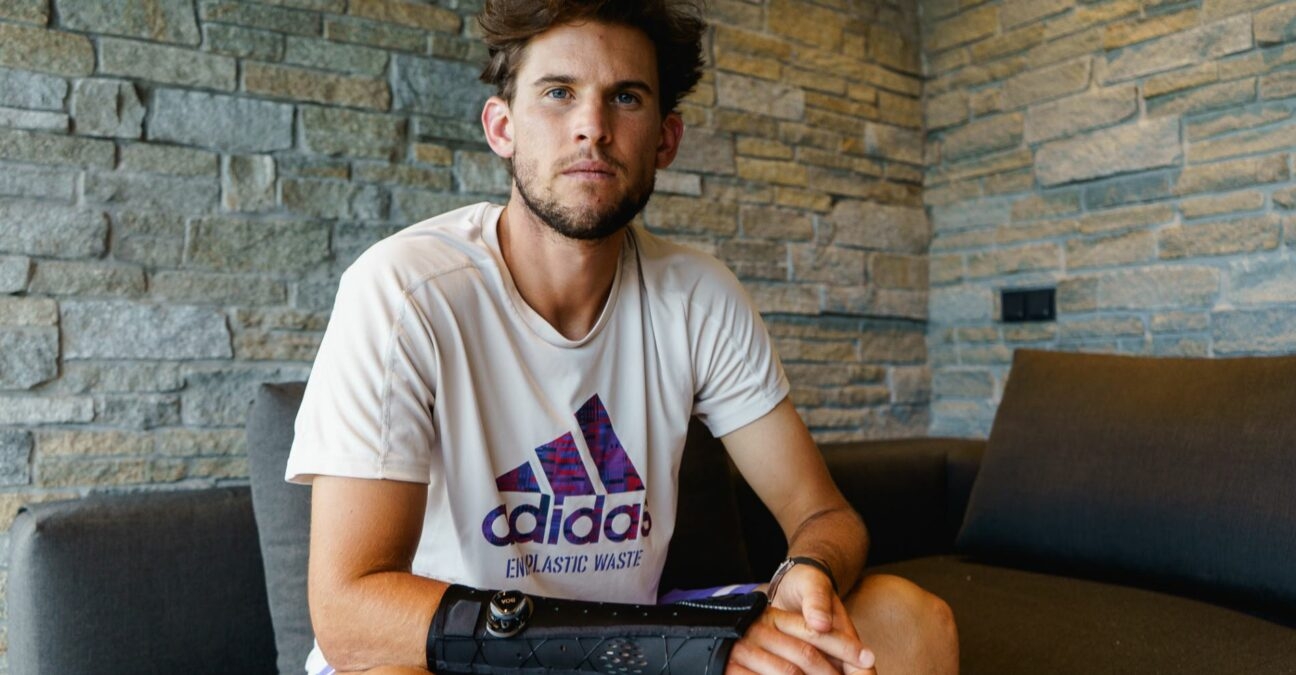 When Dominic Thiem won the US Open last October, it seemed like just the beginning. After years of waiting in the wings, Thiem was a Grand Slam champion at last, and heading into 2021, he looked like being the man to take it to the big three.

On Thursday, he announced that the wrist injury he suffered at the Mallorca Open this week would not only keep him out of Wimbledon, but with the Austrian required to wear a wrist splint for at least five weeks, he may well not be ready to defend his title in New York. The US Open is due to begin on August 30.

Thiem went to see Rafael Nadal’s regular doctor, Dr Angel Ruiz Cotorro in Barcelona and the diagnosis was not good.

“Tests found that there is a ‘detachment of the posterior sheath of the ulnar side of the right wrist’, an injury that will not allow him to compete in the circuit for several weeks,” his agency said in a statement. “Thiem will wear a wrist splint for 5 weeks before beginning a progressive process of specific, functional rehabilitation to regain mobility as well as muscle strength in his wrist and ultimately return to training on court.”

Thiem said he would try to get back to action as soon as he can, but didn’t mention the US Open itself.

“I’m going to do everything the doctors say in order to recover as quickly as possible,” he said. “They’ve informed me that I might be out for several weeks, but I will do my best to be back on court soon. I’m really sorry for pulling out of the upcoming three tournaments I had in my calendar: Wimbledon, Hamburg and Gstaad. They are very important tournaments for me. I appreciate all the support from the fans in these difficult moments – I’m determined to come back stronger”.

Injury added to loss of motivation

The injury is just the latest setback for Thiem in a 2021 he would probably rather forget.

The Austrian has won just nine matches and lost eight so far this year. Though he reached the last 16 at the Australian Open, he admitted he was struggling for motivation, having achieved a lifetime goal in winning a first Grand Slam title.

He took a short break, missing both Miami and Monte Carlo, but when he returned, he looked short of strength, with his on-court demeanour far more down than usual.

His disappointment was compounded with a first-round defeat by Pablo Andujar in the first round at Roland-Garros, which rocked him to his core.

But he had vowed to work hard and return stronger and he had looked good in practice in Mallorca before the injury struck.

The 27-year-old had already pulled out of the Olympics but he now faces a race against time to be fit for New York. And as the likes of Andy Murray, Kei Nishikori and Juan Martin Del Potro can attest, wrist injuries cannot be rushed.