The new season of UTS begins on Monday with UTS4, with new rules, new innovations and Daniil Medvedev. Here are 10 reasons not to miss UTS4 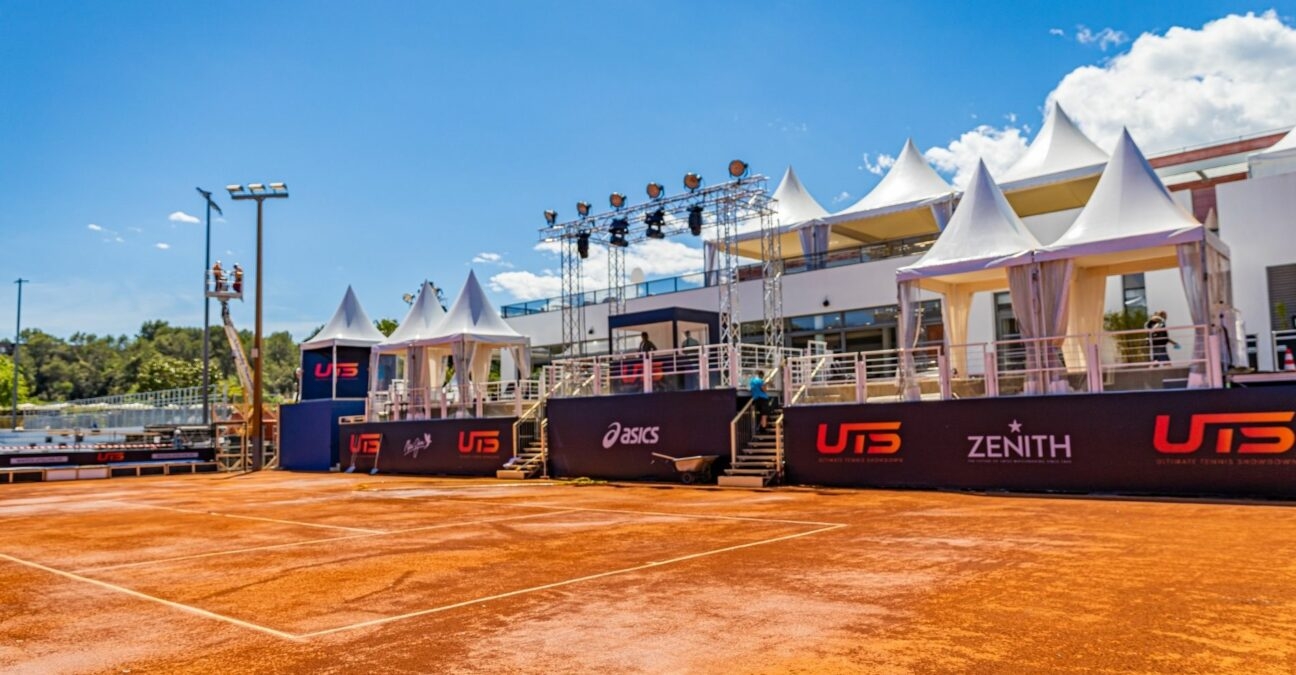 The fourth edition of the UTS begins this Monday with the following schedule, before a Final Four on Tuesday evening:

Tennis Majors, the media partner of this innovative event which is reinventing tennis, gives you 10 reasons to get excited about this event. 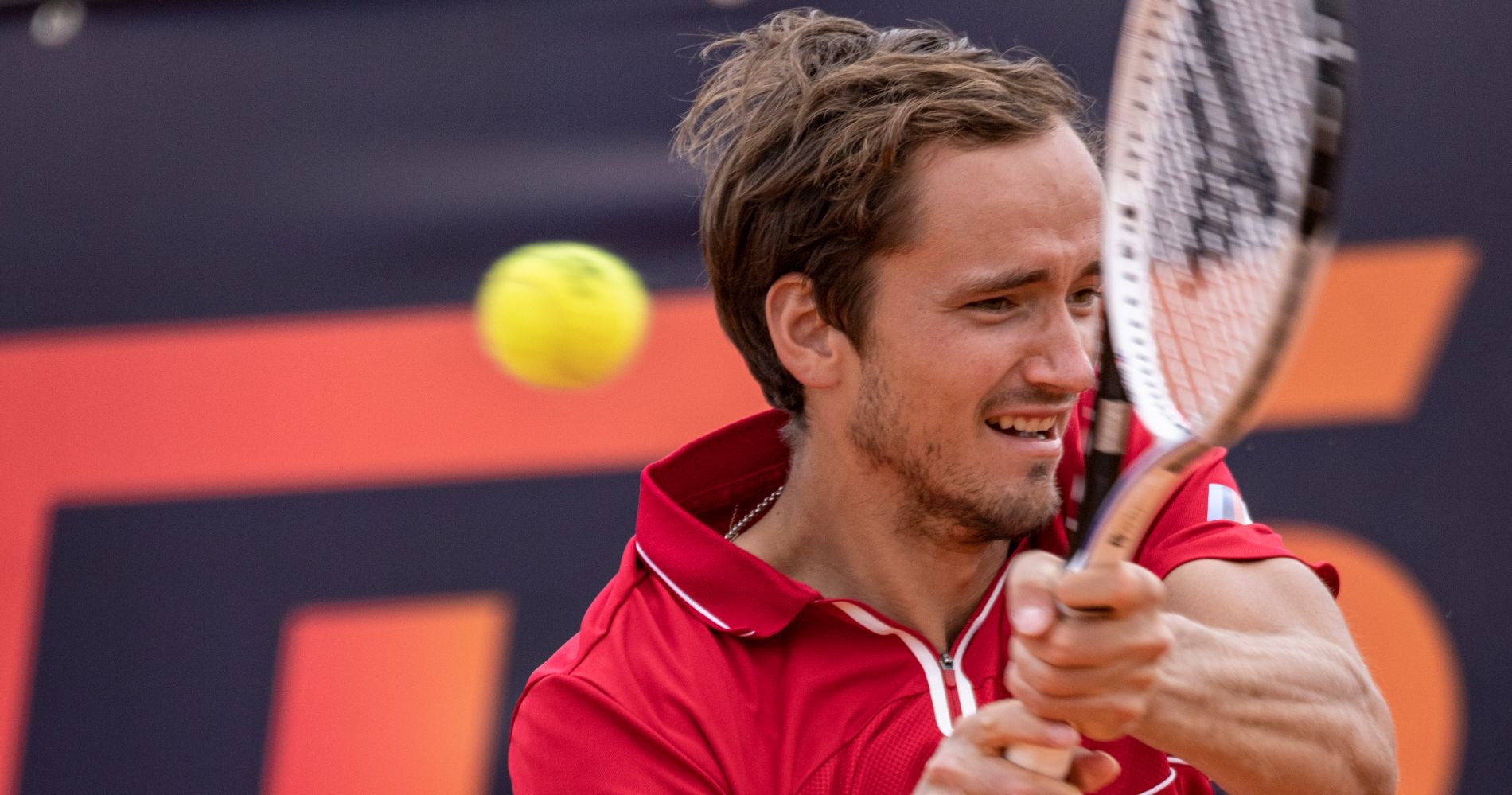 Beaten in his first match in Rome and after just one win in Madrid, Daniil Medvedev does not like clay and has not been shy in letting everyone know. In his first appearance at the UTS, the Russian will try to prepare well for the French Open in the beautiful surroundings of the Mouratoglou Academy. He is the highest ranked of the eight participants and will have to live up to his status as world No 2. The 25-year-old needs confidence on the surface before heading to Paris, where he has never won a match in his career. 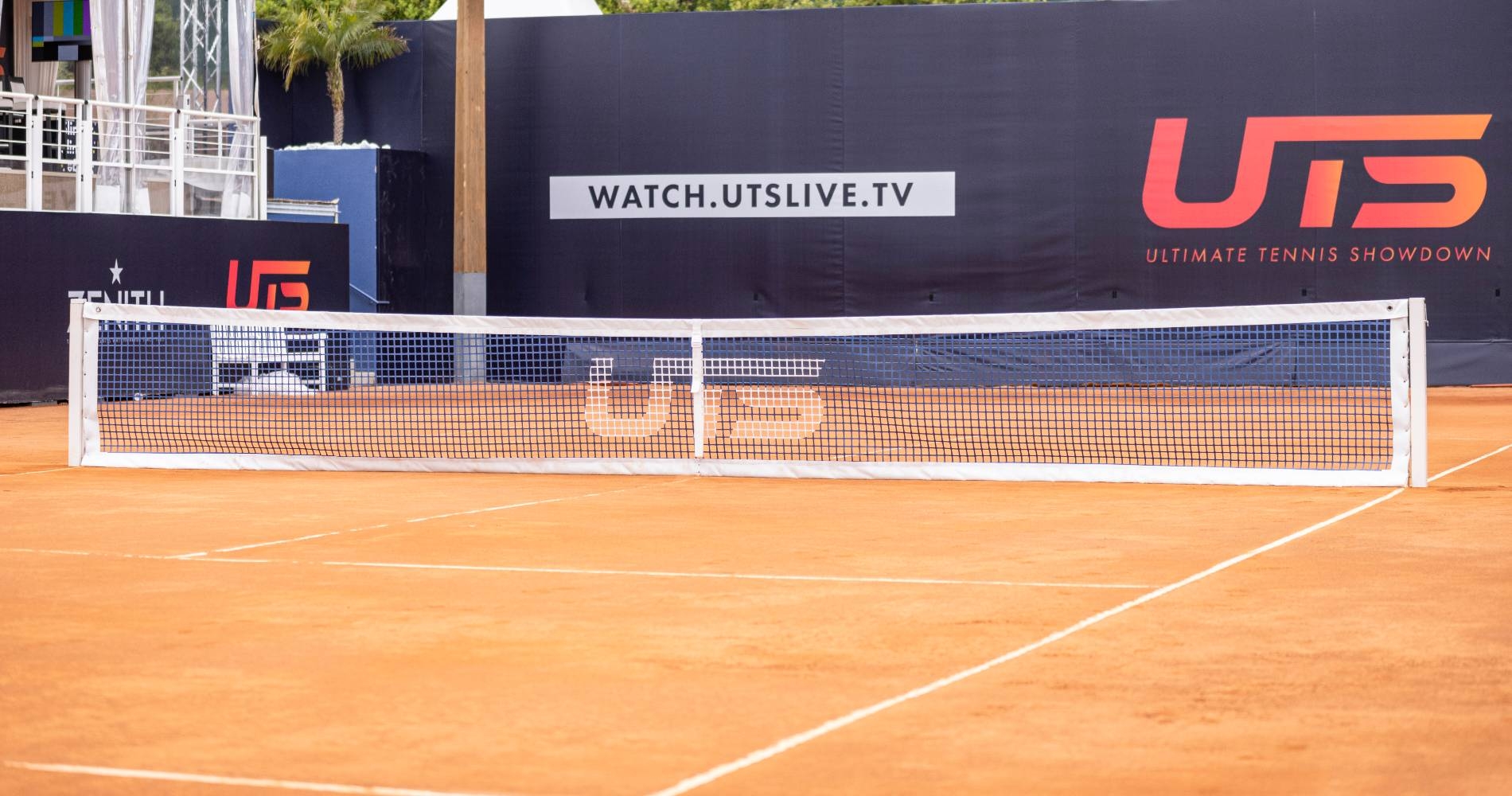 2- This is the first UTS on clay

After two hard court editions and one held indoors, the UTS lands on clay for the first time. Expect some great clay court duels, like the one between Cristian Garin and Diego Schwartzman. There will be slides, long exchanges and debates on the sidelines. Everything you would expect and more on clay a week before the start of Roland-Garros. 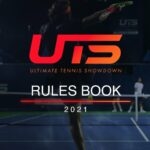 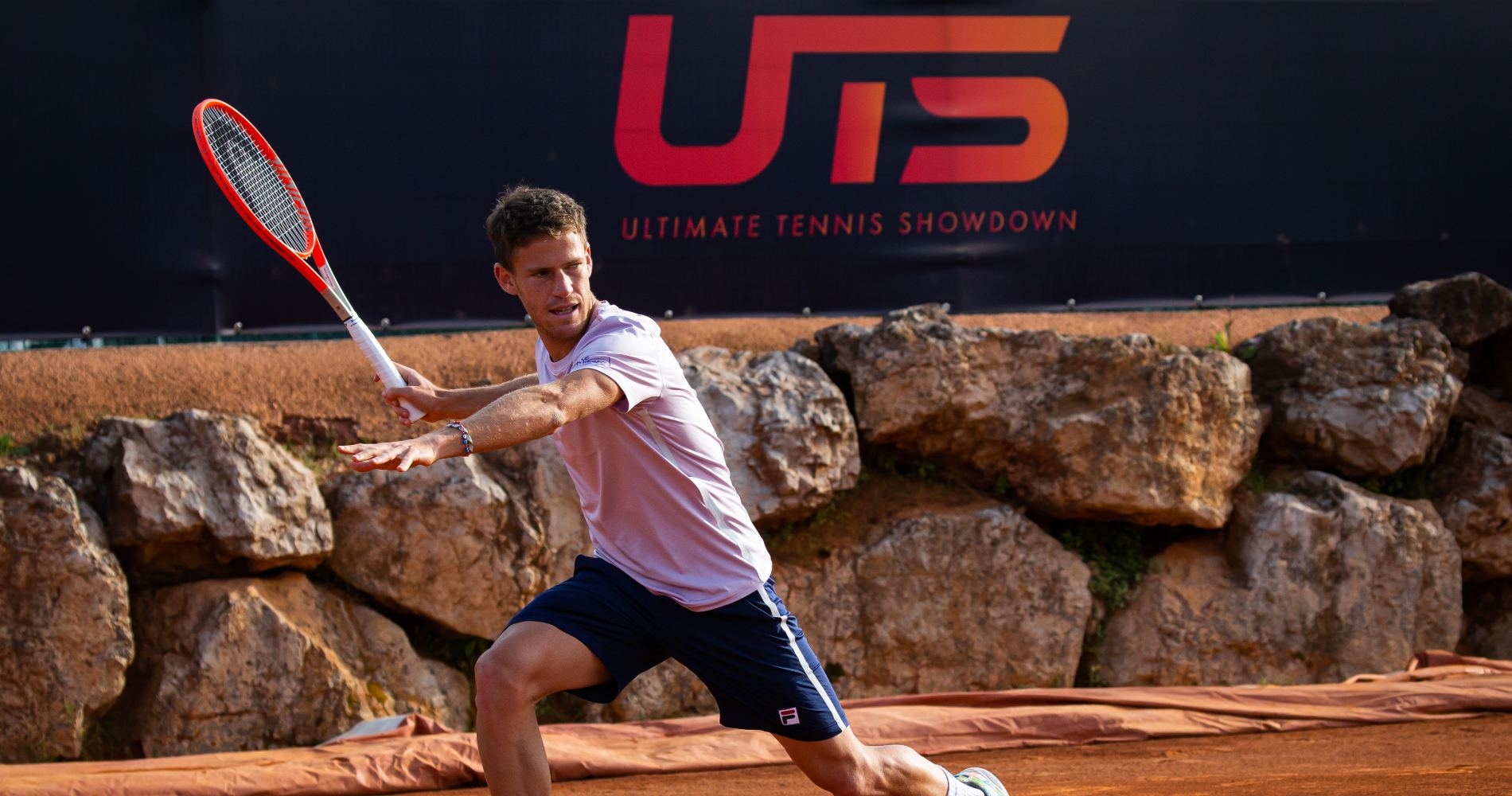 Diego Schwartzman has been struggling since the start of the season. Despite winning the title in Buenos Aires, “El Peque” is still on a four-match losing streak, including a very heavy one in Rome on his debut (6-1, 6-3 to Felix Auger-Aliassime). The Argentinian, on his favourite surface, will try to rediscover his form in a competition where he should logically be the favourite. He will need it before he defends a semi-final showing at Roland Garros. 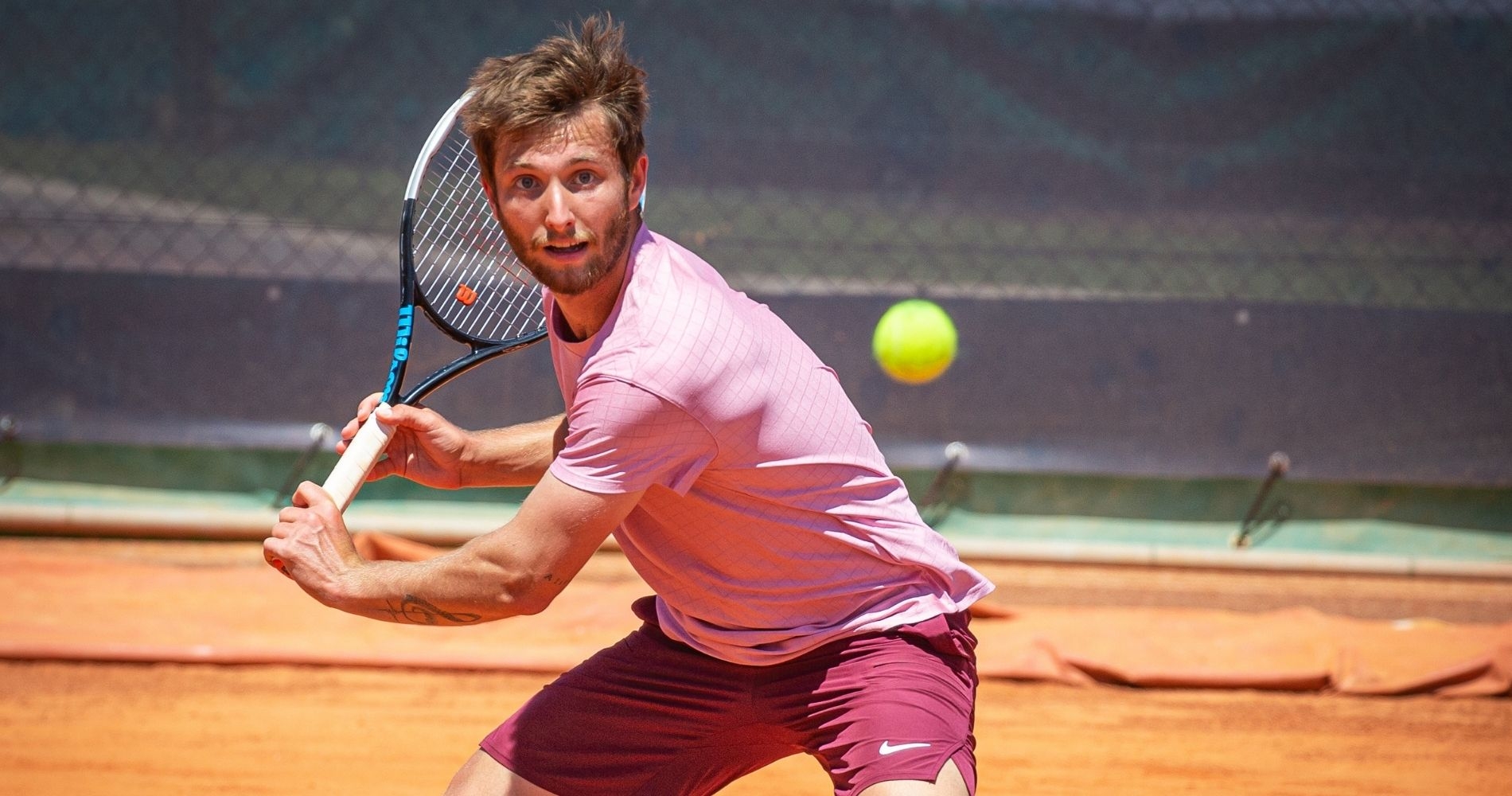 This is Corentin Moutet‘s third appearance at the UTS (he wasn’t there in Antwerp) and it’s pleasing news. Underarm serves, heroic defence, divine touch and professional grumpiness: the 22-year-old has everything it takes to have fun with this format. He has already shown us that in the first two editions. And this time, Apostolos Tsitsipas won’t be there to knock him off his stride. 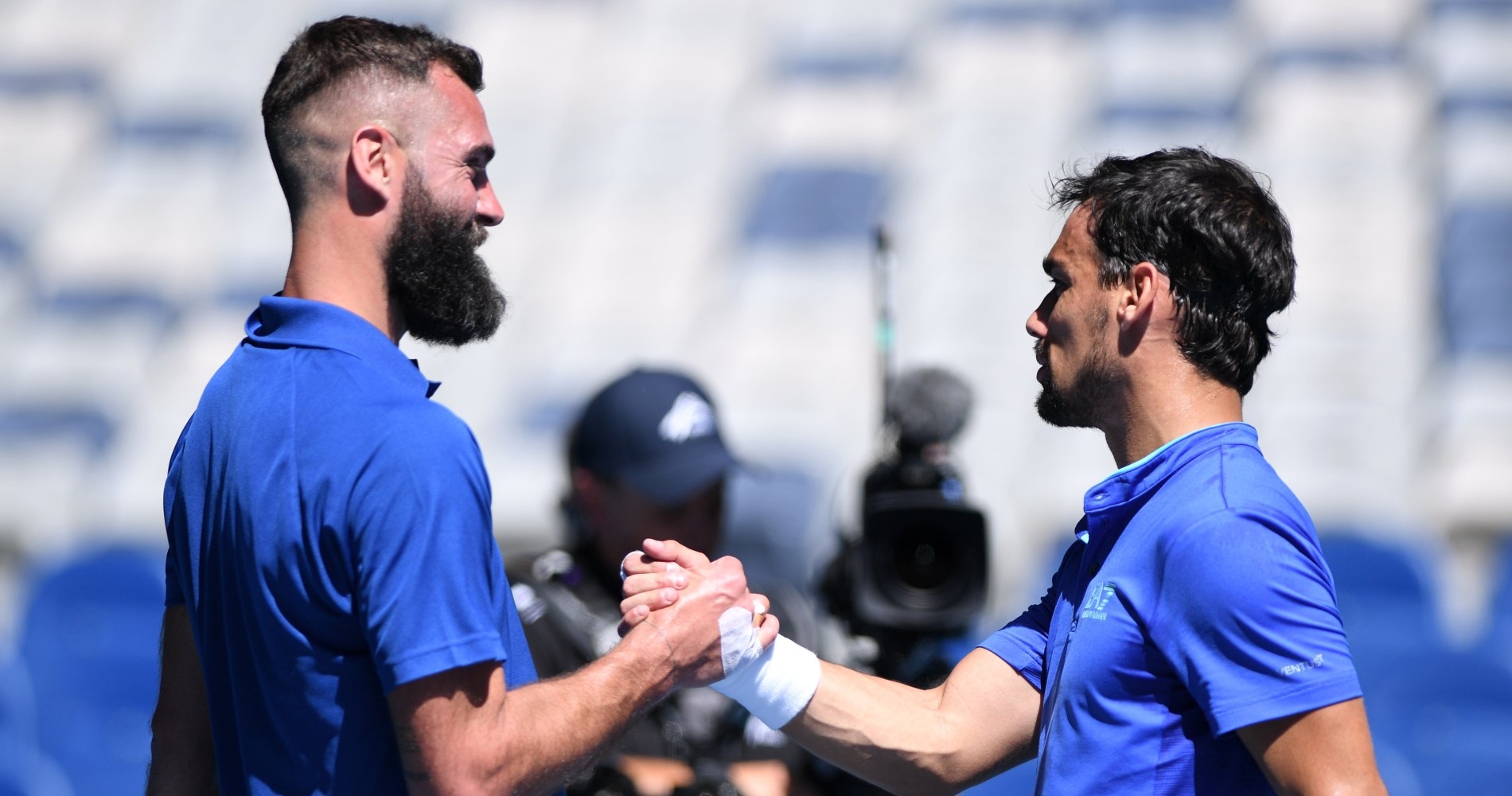 If you’re disappointed by the absence of Benoit Paire, UTS has (surely) found his ideal replacement. Disqualified in Barcelona (in the second round against Bernabe Zapata Miralles) for using inappropriate language towards a lineswoman, the Sanremo native can become an unmissable character of this fourth edition. For the record, “la ch**te” is called “Il gatto” in Italian. 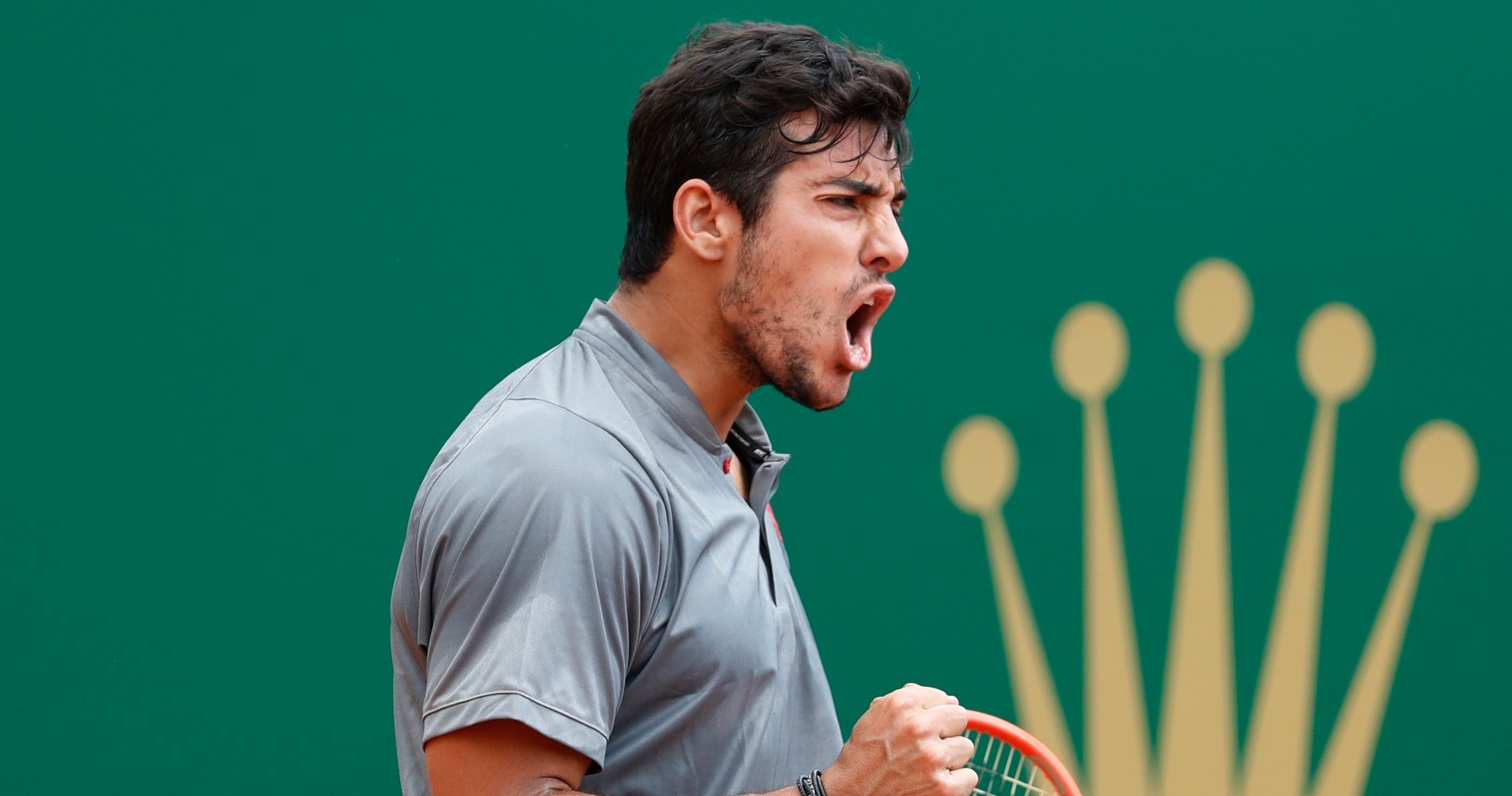 6- There will be a new champion

The first three UTS winners (Matteo Berrettini, Alexander Zverev, Alex de Minaur) are not present in this fourth edition, which is more open than ever. They will be five men starting their UTS adventure: Daniil Medvedev, Fabio Fognini, Alexander Bublik, Diego Schwartzman and Cristian Garin, all of which means a big first for whoever wields the lightning bolt on Tuesday. Any predictions? 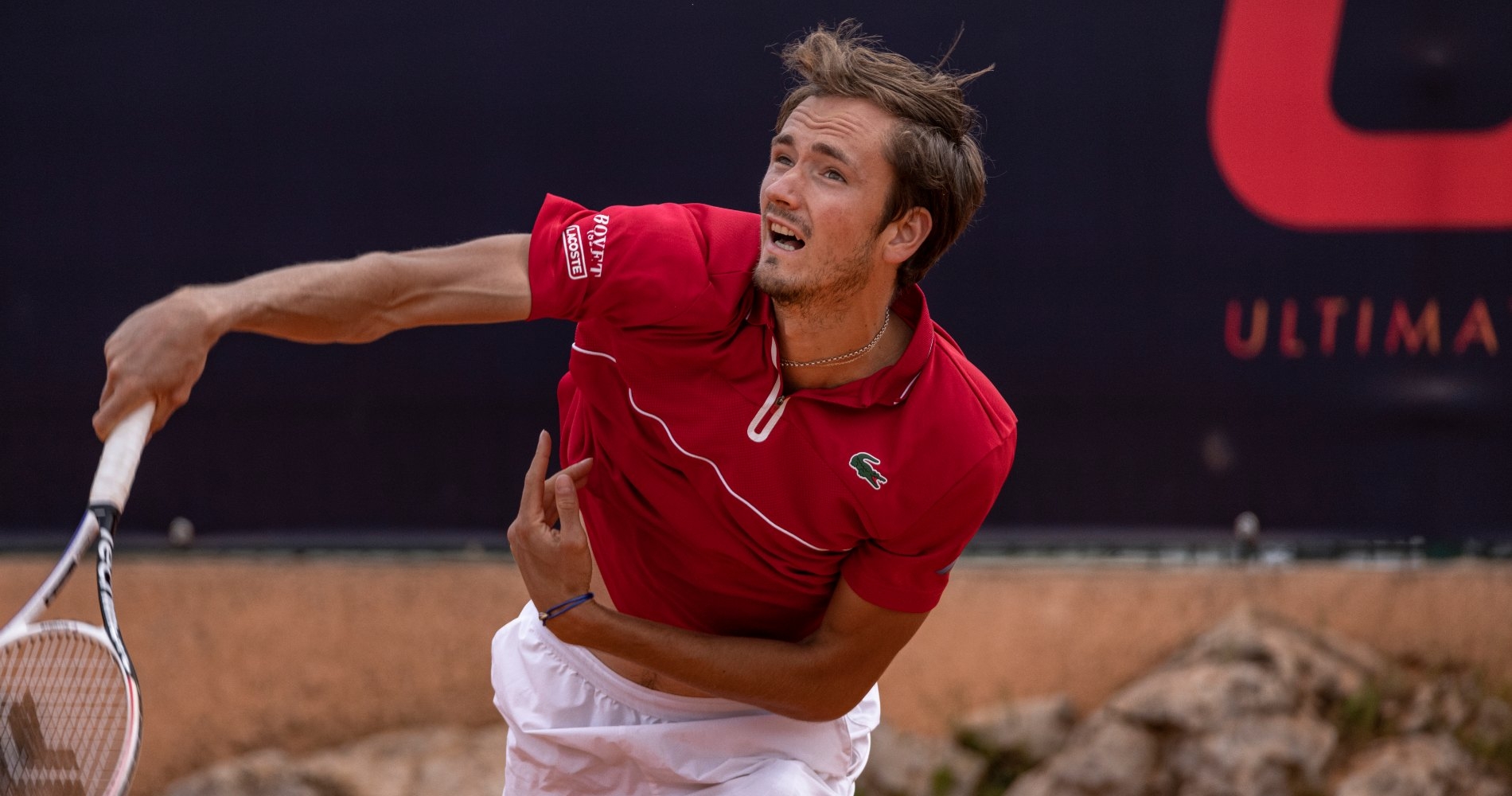 7- We will see a service revolution

For the first time in the history of competitive tennis, players will be allowed only one serve. The no-let will also be used, as it was in the previous two editions. It will be interesting to see how players like Bublik and Fritz, who are excellent servers, will adapt to this new rule. “That’s 50 percent of my game evaporating at a stroke,” the Kazakh player told us. 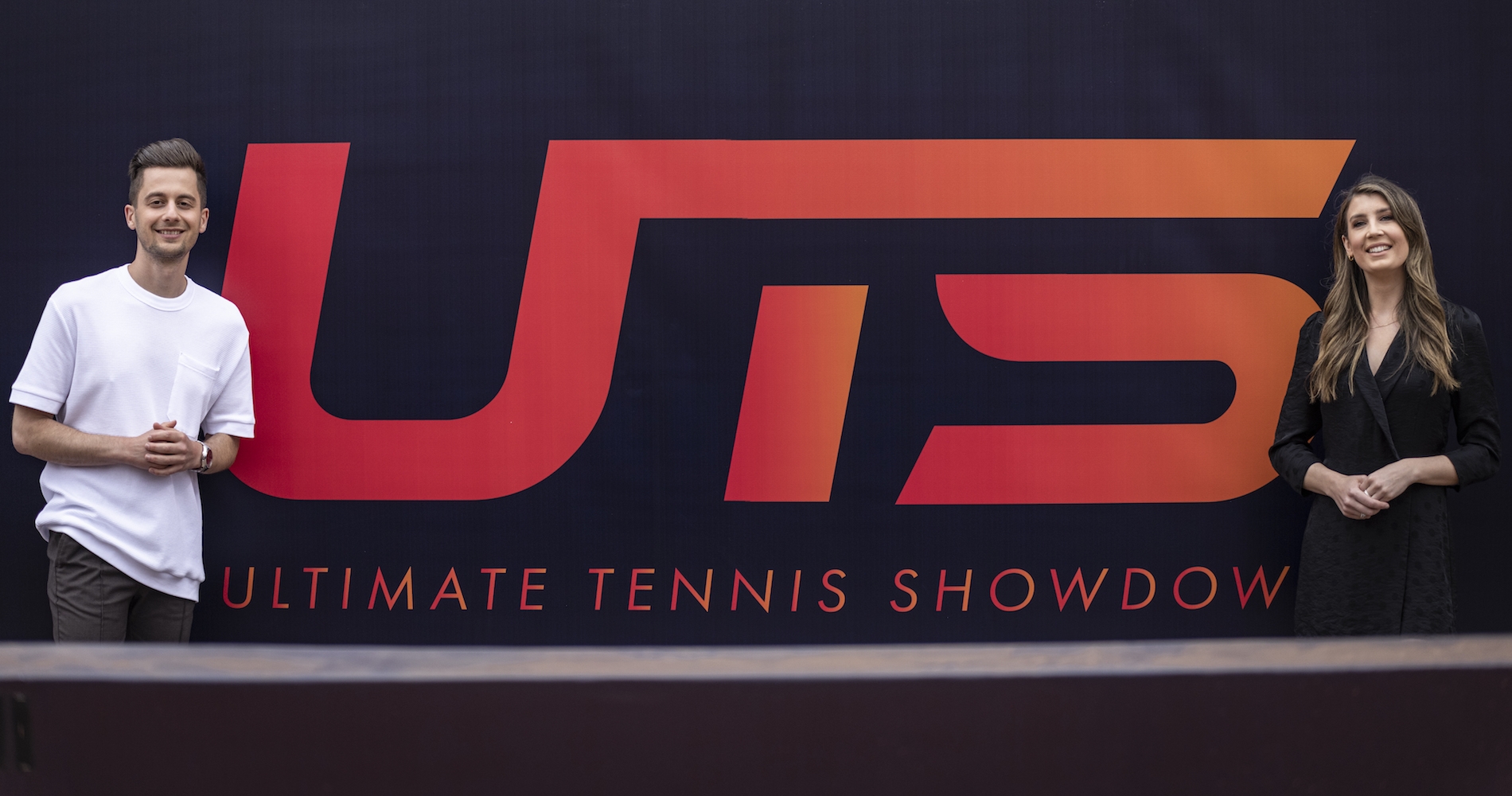 8- The UTS is going to be played at the same time as the ATP Tour, which is intriguing for the future

Scheduled for May 24 and 25, UTS4 will run concurrently with the Belgrade 2 and Parma ATP tournaments. This is the first time in the competition’s history. Patrick Mouratoglou, who was behind the creation of the exhibition, has ambitions to see the UTS become a recognised year-round circuit. He is taking things a step further after organising UTS3 at the site of the ATP tournament in Antwerp before the tournament. Now, tennis fans will have the choice between UTS and ATP on Monday and Tuesday. 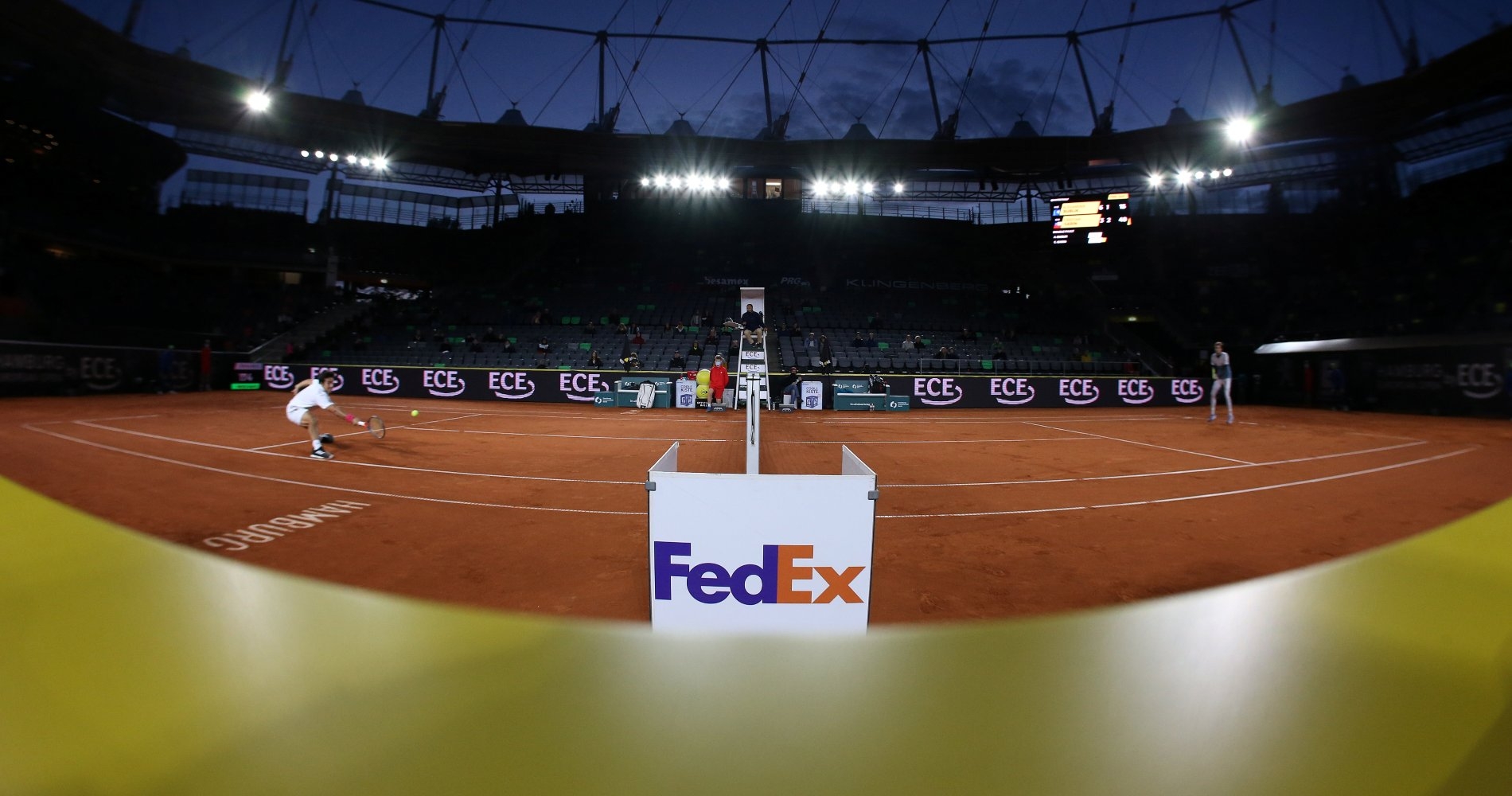 On September 25, 2020, Alexander Bublik pulled out an underarm serve against Cristian Garin in the quarter-finals of the Hamburg tournament. This tactic, much used by the Kazakh, annoyed the Chilean, who was obviously not ready. The two players will meet again at the UTS and Garin will have to be vigilant this time. It seems unthinkable that Bublik won’t attempt any underarm serves. Both players still remember it, they told us, when they arrived on site.

10- The UTS court has been changed

As in the second edition of the UTS, there will be no doubles-lines on the court. And a little novelty for this edition, the net has been shortened and stops at the lines. It feels like a much smaller court but is ready to be the centre of the show for two days. In the two weeks we have been preparing this UTS, we have not found anyone who remembers a clay court without tram-lines. Does that ring a bell for you?