Every day, Tennis Majors takes you back in time to relive a tennis event which happened on this specific day. On this day in 1977, British fans witnessed their Queen hand over the ladies singles trophy to one of their home players 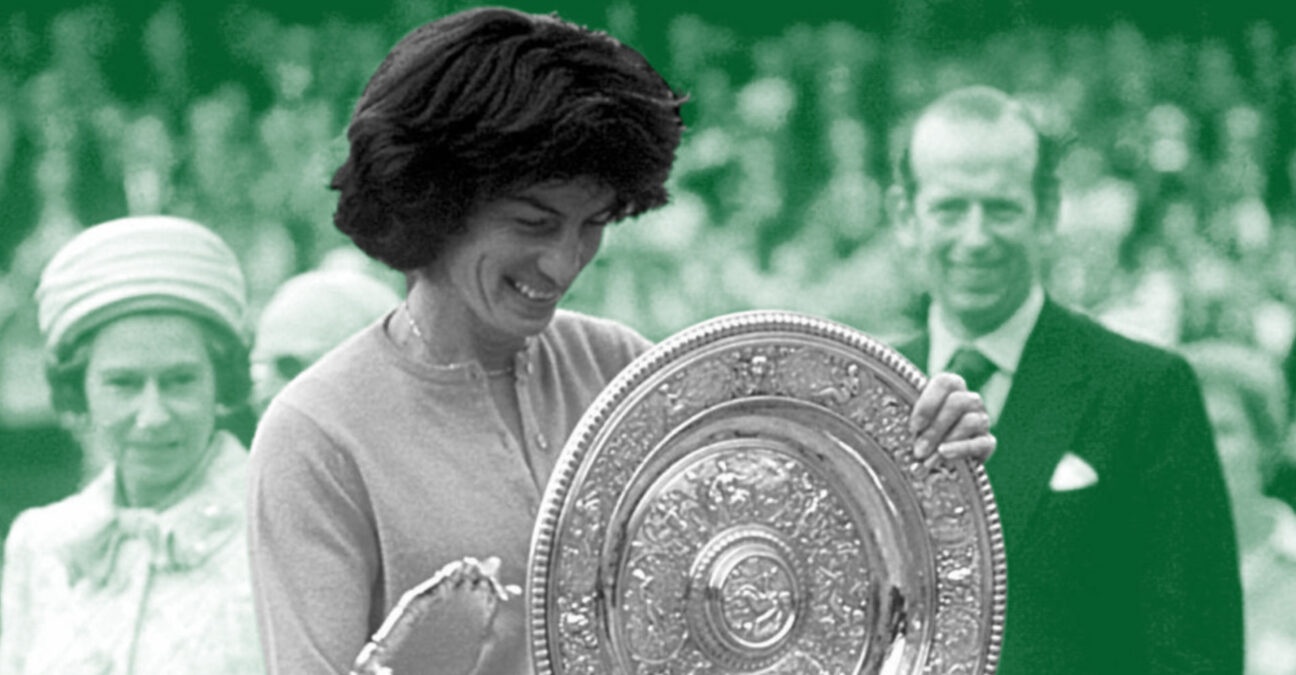 On this day, July 1, in 1977, for the centennial anniversary of the tournament, Virginia Wade became the last British woman to win the ladies singles at Wimbledon, defeating Betty Stove in the final (4-6, 6-3, 6-1). Wade achieved that feat in front of the Queen of England, who was celebrating her Silver Jubilee and had not attended Wimbledon since 1962.

Virginia Wade, born in 1945, was a top 10 member since the early years of the Open Era. In fact, her early memorable feats included winning the first-ever Open tournament in tennis history, the 1968 British Hard Court Open at Bournemouth. A few months later, she claimed her first major title at the US Open, defeating Billie Jean King in the final (6-4, 6-2). This first Grand Slam title was followed by a second one, in 1972, at the Australian Open, where she defeated local favourite Evonne Goolagong in the final (6-4, 6-4). However, as a British player, her dream was to triumph at her home Slam, Wimbledon, but despite having reached the quarter-finals four times, and the semi-finals in 1974 and 1976, she had far failed to reach the final at the All England Club. In 1977, Wade had already accumulated 43 titles on the tour and was the third seed at Wimbledon. 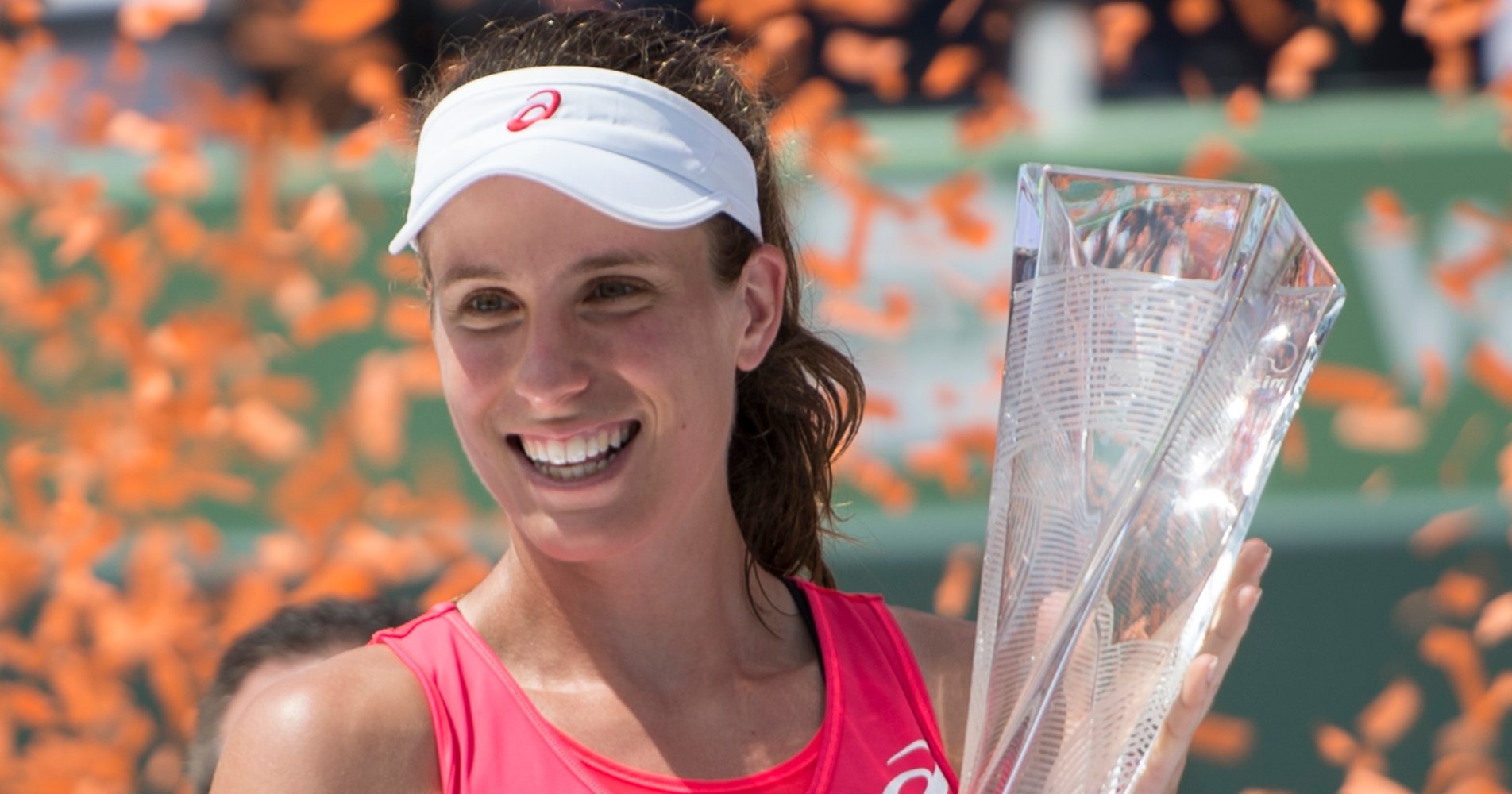 Betty Stove, from the Netherlands, was seeded seventh at Wimbledon in 1977. The Dutchwoman, who had competed at the All England Club for the first time in 1964, had seen her career interrupted for 18 months by illness in the late 1960s, and at the time, she had been advised to quit professional tennis. She ignored the advice, and came back to claim two singles titles and three Grand Slam doubles titles in 1972 (Roland-Garros and Wimbledon with Billie Jean King, and the US Open with Francoise Durr).

The facts: Wade comes from a set down to win the title

In 1977, eight years had gone by since 1969 and the last British success at Wimbledon, when Ann Haydon-Jones had defeated Billie Jean King in the final. Since then, Virginia Wade had been the best British hope of lifting the trophy but although she had triumphed at the US Open as early as 1968, and then at the Australian Open in 1972, she had never managed to make her way into the final at the All England Club.

The 1977 edition was already meant to be special. It was the 100th anniversary of the tournament, and it was also the Queen’s Silver Jubilee. For this special occasion, Queen Elizabeth was going to attend the Wimbledon final for the first time in 15 years, and Virginia Wade was well-aware of it.

Wade defeated all her opponents in straight sets until the semi-finals, where she faced the undisputed world No 1 and defending champion, Chris Evert, who held a 22-5 career lead over her. However, this time, Wade didn’t stray from her aggressive game plan and played the perfect match to prevail (6-2, 4-6, 6-1) and advance to her first Wimbledon final.

In that final, she faced Betty Stove, who had prevented the crowd from an all-British final by defeating Sue Barker in the semi-finals (6-4, 2-6, 6-4). With her massive serve, the Dutchwoman gave no pace, and she soon put Wade in great difficulty. To the public’s dismay, Stove took the first set, 6-4, but that did not affect Wade’s determination or confidence.

“I’ve played this Wimbledon different to all the others and haven’t even looked little children in the eyes in case they want to distract me with autographs,” she explained on the following day. “ C’mon girl, I was saying, watch the ball, on your toes, come on.”

After taking g a 3-0 lead in the second set, Wade saw her opponent level the score to 3-3, but she heavily dominated the following games to finally triumph, 4-6, 6-3, 6-1, in front of a frenzied public. To put the cherry on top of her cake, Wade was handed the Wimbledon trophy by the Queen herself while the crowd sang “For She’s a Jolly Good Fellow”.

“It was like a fairy tale, with everyone cheering for the Queen and cheering for me”, she said, according to The Guardian. “I’ve never seen an English crowd like it.”

Betty Stove would remain famous for having played, and unfortunately lost, that year, three different finals at Wimbledon, in singles, doubles and mixed doubles. After her career, she would become Hana Mandlikova’s coach throughout the 1980s.

Virginia Wade would not reach another Grand Slam final, although she would reach the semi-finals at Wimbledon in 1978, stopped by Chris Evert in her attempt to defend her title (8-6, 6-2). She would retire in 1985, and would become a commentator for the British Broadcasting Corporation (BBC). Wade would be inducted into the International Tennis Hall of Fame in 1989. In 2021, 41 years after her triumph, she would still remain the last British woman to win at Wimbledon.