Who’s the No.1 of the Tennis Majors’ top 30 lockdown stars?

As the tennis world begins to come out of lockdown, we celebrate those who found a special way to keep the sport alive through their personality, energy and wit. We rank the top 30. Here, we bring you No 5 to No 1. 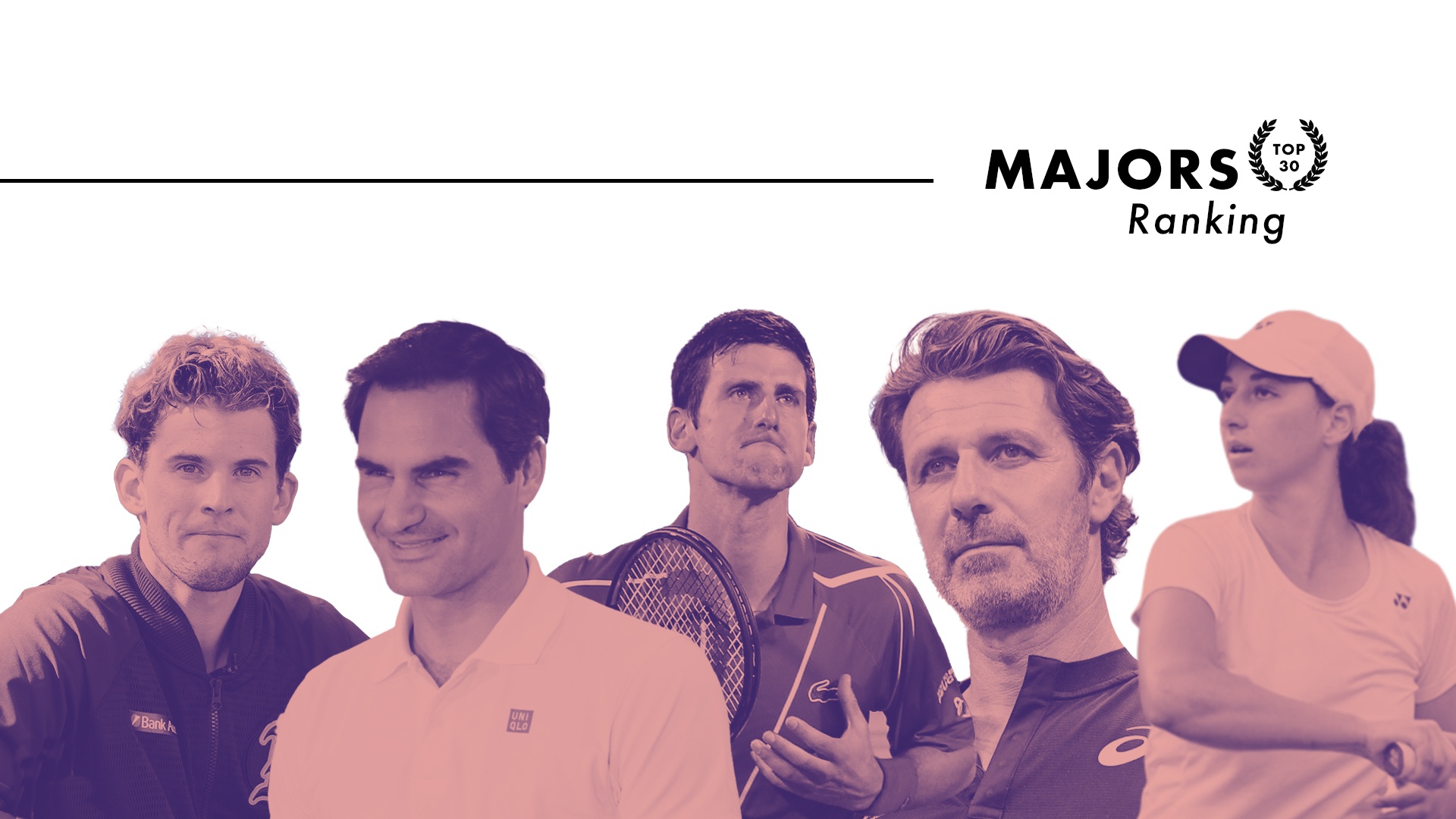 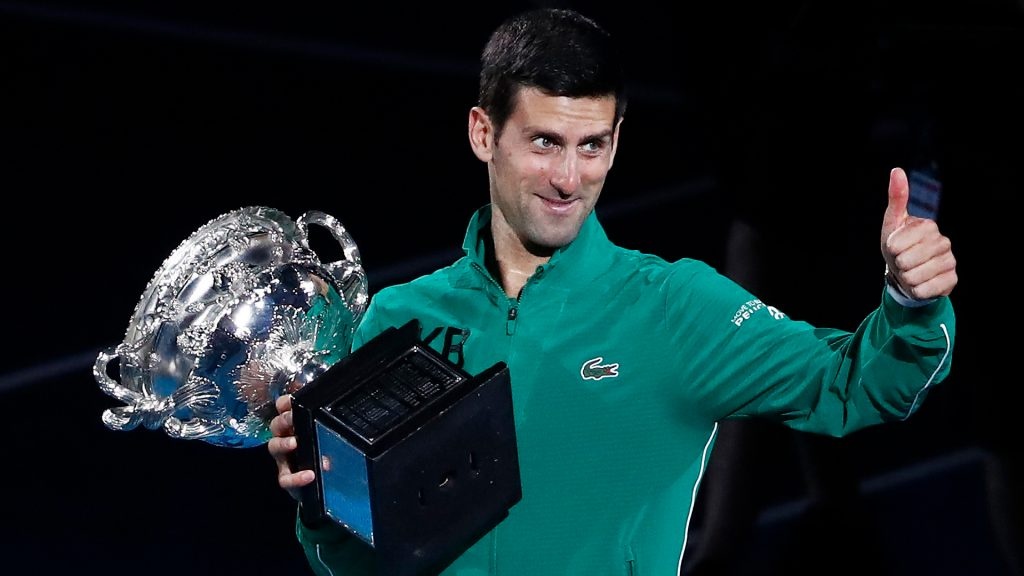 What Novak Djokovic did

The world No 1 was among the first to embrace the world of Insta Live, chatting to first Stan Wawrinka and then to Andy Murray, discussing anything from his problems against the Swiss in Grand Slam events to his rivalry with Murray, which dates back to when they first met at the age of 11. Djokovic then introduced his plans for a Player Relief Fund, having discussed it first with Roger Federer and Rafael Nadal, to help those most affected by the absence of professional tennis. His addiction to the Insta live tool was so high that he shared several sessions with one of his mentors, Chervin Jafarieh. It lead to some puzzling moments, when the two cited a study that human emotions can change the molecular state of water.

Novak Djokovic was ultra-present during this quarantine with this flow of Insta live and several media appearances, among them a long and deep interview with Graham Bensinger. Djokovic was the man embodying the concept that Instagram Live meets needs for players to exposure.

Djokovic is ready to play tennis again in the Adria Tour, which will run from June 13-July 5 in Belgrade, Zadar, Montenegro, Banja Luka, Eastern Europe. And by the way, if you can’t wait for the regular Tour to be back, Djokovic stated with Graham Bensinger that he wanted to be the greatest of all-time.

#4 Inès Ibbou, from an unknown player to a figure of the fight for fairness 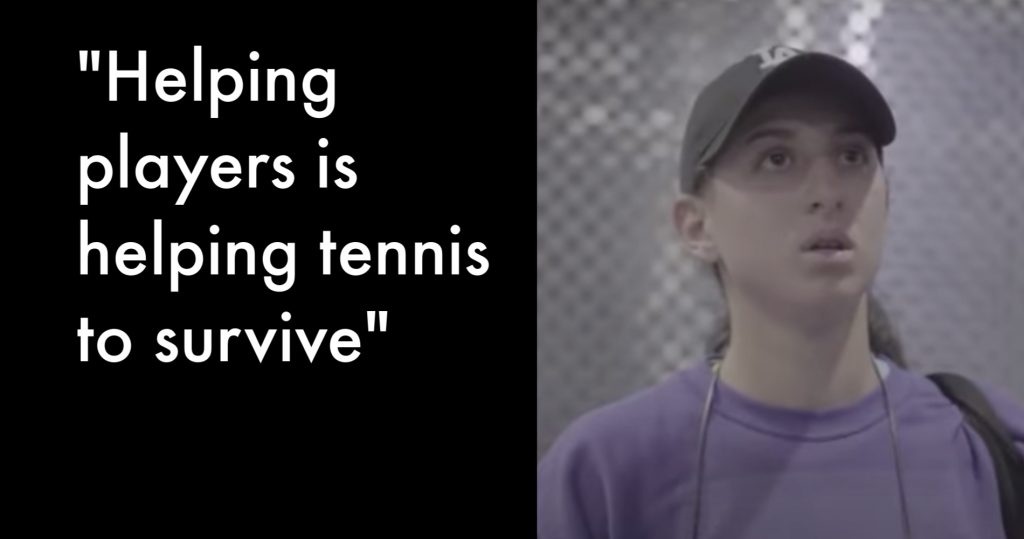 “Dear Dominic, after reading your last statement, I was wondering what would have been my career, and therefore my life, if I was in your shoes. Dominic, we did not ask anything from you. Except a bit of respect to our sacrifices. Players like you make me hold onto my dreams. Please, don’t ruin it.”

With these words expressed in a moving nine-minute open letter, Algerian tennis player Inès Ibbou offered an emotional answer to Dominic Thiem, who had previously claimed he did not want to provide financial help to lower-ranked players.

Ibbou became, probably more than she expected, the symbol of the struggles that low-ranked players around the world experience. WTA No. 620 Ibbou, 21 years old, demonstrated genuine courage and leadership by clashing publicly with Thiem. Ibbou embodies how far from a dream the life of a low-ranked professional tennis player is.  In her video, Ibbou detailed all the sacrifices she has had to make and she is still making.

Growing up in Algeria, she trained in tough conditions, because of the lack of infrastructure and coach. Besides, Ibbou’s parents didn’t know a thing about tennis nor did they have the money to support her dream.

Her call has notably been endorsed by Venus Williams, a prominent figure in the launch for equal rights between male and female players.

Many players backed Ibbou and urged for more solidarity in professional tennis between top and low-ranked players. Some initiatives to raise money succeeded, but this is still a very hot topic, as the WTA board decided to help the players ranked up to but not above the 500th place (read Pavlyuchenkova’s background about it).

Now, those short-term moves have to be converted into real solidarity mechanisms in the long run. In the latest edition of Tennis Major’s exclusive show Match Points, our experts expressed their opinion that top players should earn less, to better redistribute the money that exists in tennis.

#3 Dominic Thiem, triggered the biggest argument of the lockdown 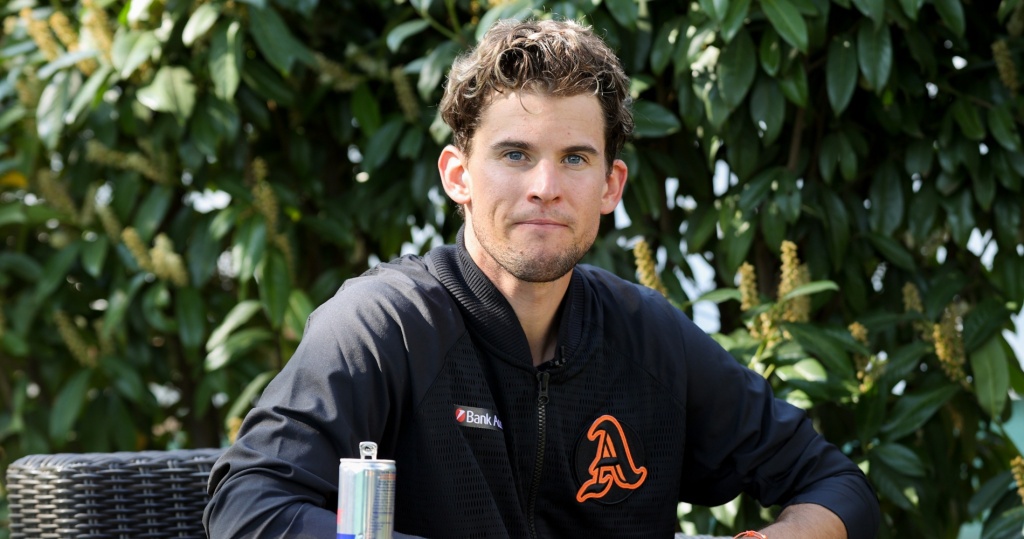 What Dominic Thiem did

Actually it was what he said. Usually one of the most mild-mannered, polite players on the Tour, when Thiem waded into the debate about financial assistance to lower-ranked players, few would have expected him to come down against spreading the wealth. In fact, as he contemplated Novak Djokovic’s Player Relief Fund idea, he said he just didn’t agree with how it was proposed to distribute the money.

“I know the Futures Tour and played there for two years,” he told the Kronen Zeitung newspaper. “There are a lot of people who don’t give everything to sport. I don’t see why I should give money to such people. I would prefer to donate to people or institutions that really need it.”

It seemed like a no-brainer at first, but the plans for the top players to give some of their money to lower-ranked players was not without its critics. Thiem happened to be the highest-ranked of them, and so his voice was heard. A lot of criticism came his way, but he stood his ground. He was joined by Italian player Matteo Berretini. Their common message: “fine to give money, but to the one I chose by myself on my criteria.”

Thiem received a heartfelt response from female player Ines Ibbou. Whether it has changed his mind remains to be seen. The ITF claimed they would have a plan for the players ranked between 501 and 750.  Thiem will play tennis again as soon as June in the Adria Tour and some other events.

#2 Patrick Mouratoglou, founder of a new tennis league, the UTS 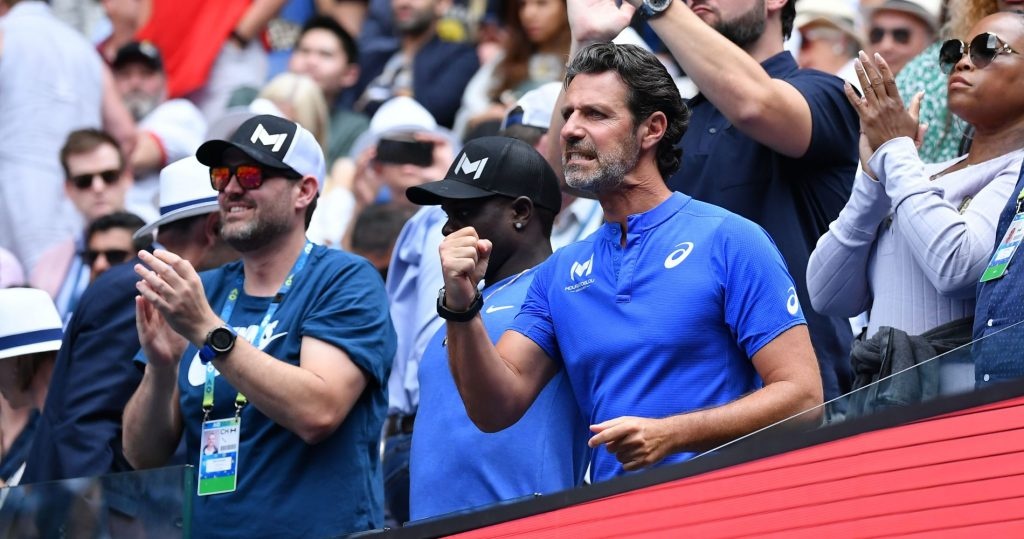 What Patrick Mouratoglou did

At a time when tennis was at a standstill, Patrick Mouratoglou – a co-founder of this website, Tennis Majors – carried out several projects to help bring it back, and better. Mostly, Serena Williams’ coach unveiled the Ultimate Tennis Showdown, a brand new Tour to start as soon as June 13th at his Academy in the South of France.

He also launched Beyond 100 Support, a platform to collect money for the players ranked outside of the Top 100.

Mouratoglou truly cares for tennis and wants to make it grow. He is more than a coach, he is an entrepreneur for tennis. And successful entrepreneurs are known for making the most of every opportunity.

By his call for a greater solidarity between top players and low-ranked players, which he later converted into tangible action, he stressed that there is a problem with the economy of tennis.

With the UTS, Mouratoglou not only aims to feature live tennis during the suspensions of the tours, but also at revolutionizing tennis experience for fans and viewers. He wants the UTS to continue even after the Tours have resumed.

“We want to foster interactions during matches,” he told Josh Cohen for Tennis Majors. “I want people to interact with the players, I want the players to share, I want a coach on the court, I want even the parents and the girlfriend if they want. Players are feeling plenty of things. I want people to hear them so that they can understand the game better.”

The Ultimate Tennis Shown is due to start on June 13 at his Academy. David Goffin, Alexei Popyrin, Fabio Fognini, Lucas Pouille, Benoît Paire and Dustin Brown are in. The name of the last four players and the identity of the broadcaster have yet to be announced. “Tennis Like Never Before” is the baseline. We are going to have some fun. 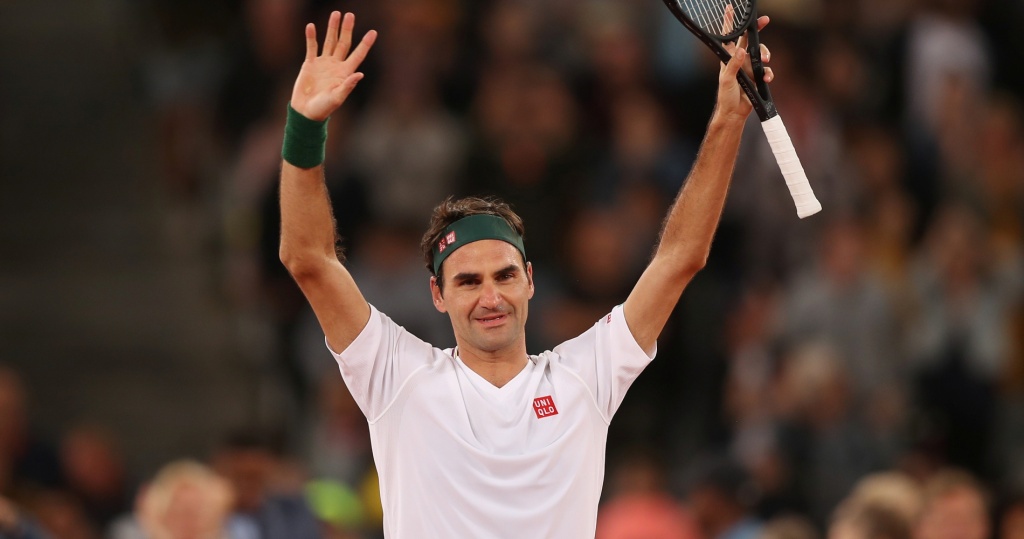 What Roger Federer did

Roger Federer started a potential revolution, that’s what he did. It was a message that popped into the social media world in the most innocent fashion, but its meaning was immense. No matter that it was not his proper idea: he has been the voice for all the tennis world. They knew he would be listened to. When Roger speaks, the world listens and, most of the time, agrees.

Roger Federer also took part in many highlights of the period: he was the guy behind the 100-volley challenge, he shared news about his recovering knee during an Instagram live with Rafael Nadal, and he offered a balanced view on how tennis could restart: with half-full stadiums.

The idea of a merger between the ATP and WTA is not new but when the biggest male players speak out on equality, it tends to matter. It is clear that the timing and content of the message had been discussed behind the scenes before Federer went global, and soon after Rafael Nadal gave his backing, too. The WTA Tour players and management backed the idea and after years of working separately, the majority of people in tennis seem to be on the same side. Oh, and Federer also started a volley at home challenge, asking people to do as many volleys against a wall as they could, preferably wearing a unique hat.

Here’s a helpful solo drill. Let’s see what you got! Reply back with a video and I’ll provide some tips. Choose your hat wisely 🎩😉👊 #tennisathome pic.twitter.com/05lliIqh1h

Negotiations are likely to begin soon behind the scenes of the ATP and WTA, if they have not already done so. And though there are bound to be sticking points – should players get equal prize money at every single event? How should the management structure look? – the will seems to be there to get a deal done. In time we will come to know what part Federer is ready to play in this future. He was named the best commissioner possible for tennis by our expert Patrick Mouratoglou. Doubts are serious about his will to commit. Anyhow, Roger Federer is still a tennis player. He isn’t practicing at the moment but when the Tour will be back, a new Roger will rise again.